Their 2014 lavish wedding ceremony was the talk-of-the-town. 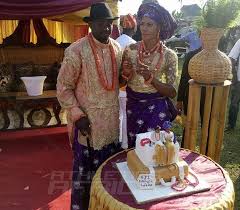 It was a well celebrated ceremony in Sapele, Delta State in 2014 shortly after the Commonwealth Games in Glasgow, Scotland, where the happy bride emerged as double sprint champion. 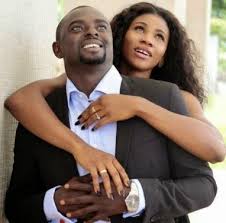 The world was at their feet and they looked forward to a blissful marriage.

However, that wasn’t a reality as six years after tying the knots, the marriage has crumbled and heading to court for a divorce.

Meanwhile, facts are beginning to emerge on why Okagbare’s union with player, Jude Otegheri Ighoteghuonor crashed so early.

Okagbare was said to have filed for a divorce.

Speaking with The Guardian from Sapele, Delta State recently, a source close to the sprinter exonerated Okagbare of any blame in the collapsed marriage: “I can tell you categorically that Blessing actually tried everything possible to keep the marriage going.
“I think the husband (Ighoteghuonor) was the problem. On several occasions, Blessing invested so much money on one form of business or the other for Igho to manage but the business crashed soon after it took off. I am based in Sapele and I know what I am talking about. I am sure many people will easily jump into a conclusion that Blessing is harsh in nature, but the girl actually tried her best as far as the marriage was concerned,” the source stated.

An online report, Linda Ikeji’s Blog, revealed a few days ago that Okagbare filed for divorce from her husband after a stint of marital crisis. The report stated that the couple had gone their separate ways amid allegations of infidelity, laziness and other irreconcilable differences.

The Guardian recalls that soon after their elaborate marriage ceremony in Sapele in 2014, Okagbare began the process of relocating her husband to Los Angeles, but the move failed when the US embassy in Abuja did not grant Ighoteguonor a visa. The denial left Okagbare distraught and confused for months.

Okagbare kept trying until American embassy yielded to her request in 2018. “Her husband relocated to the United States just before the last Commonwealth Games in Gold Coast, Australia,” the source hinted yesterday.

“I was told the husband is demanding for N100 million from Okagbare, since she was the one who initiated the divorce process. To me, that is stupid. Blessing actually tried her best for the husband. There is this attitude in most Nigerian men that once they get married to a girl who has money, she should be the one carrying all expenses of the family. I am sure that was what has happened in the case of Blessing and Igho,” the source stated.

Efforts to reach out to Ighoteghuonor for comments yesterday were unsuccessful. But he reacted to LIB a few days ago on the divorce saga saying: “I don’t have anything to say… I leave everything to God.”