Controversial media personality, Daddy Freeze has said that the Bible allows for divorce and he shared Bible verses to go with his claim.

The media personality, who has also taken up Bible teaching, said the Bible allows for divorce when there is sexual immorality.

He said this in response to the post made by pastor Kingsley Okonkwo when he said ” No where in the Bible that says Marry who you love, it says love who you marry”.

According to daddy freeze, what pastor Kingsley Okonkwo is saying is Scriptural but it is also scriptural to divorce if there is immorality.

He said;
Let’s be careful with the kind of Advice that we give people stuck in bad marriages because this his advice can easily be misinterpreted to make people endure bad marriages. 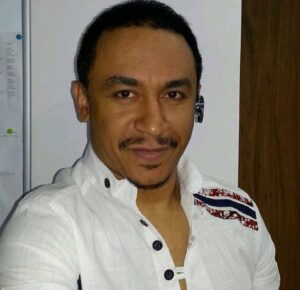 In his words; “so person dey beat you, cheat on you, you must love am? Ok that’s what Christ said. But also remember in Mathew 19:9 he allowed divorce if there was sexual immorality. So love them in court.

” Divorce is allowed in Mathew 19:9 and in the old testament Deuteronomy 24:1-3 so it is erroneous to say that divorce is not allowed in the Bible”.