Singer, Oladapo Oyebanji popularly known as D’banj, has been arrested and detained by the Independent Corrupt Practices and other Related Offences Commission for collaborating with some government officials to introduce ghost beneficiaries into the payroll of the N-Power scheme in order to allegedly divert funds. 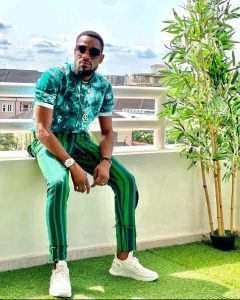 His arrest and detention was confirmed by our correspondent on Wednesday.

Since his arrest, some Nigerians have demanded that the government officials who were involved in the alleged fraud should be named also.

A tweep, Mark Dasouze, asked, “What of the government officials involved? What are their names and have they been detained?”

Another tweep, TC, said, “By the time ICPC is done investigating N-Power account not only D’banj will be arrested. Besides N-Power, all other programmes should be investigated.”

“I don’t support any diversion of what should be for the benefit of others if that is it. But what about those in public offices, who claimed to be civil servants but are evil servants that have been diverting our resources to enrich their pockets?” Sunny Alex tweeted.

Focusing on the lifestyle of celebrities, a tweep Penking said, “If D’banj is convicted, it will prove that most Nigerian celebrities are funding their glamorous lifestyle with fraud. No hit song for two decades, no concerts or one boring skit with 1000 views but you are buying house in Banana Island. You must be Jesus Christ of our time.”