The candidate of the All Progressives Congress (APC), Mr Biodun Oyebanji, has been declared winner of the Ekiti State governorship poll by the Independent National Electoral Commission (INEC). 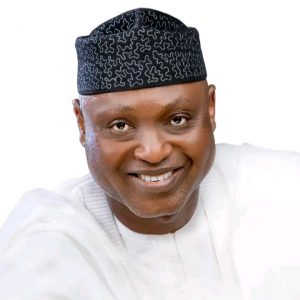 The Returning Officer who is the Vice Chancellor, University of Ibadan (UI), Prof Kayode Oyebode Adebowale, declared Oyebanji winner of the election after the collation of the results of the supplementary election in seven polling units.

Oyebanji polled a total of 187,057 votes to emerge the winner of the poll while the standard bearer of the Social Democratic Party (SDP), Engr Segun Oni garnered a total of 82, 211 votes to come second in the contest.

The candidate of the Peoples Democratic Party (PDP), Otunba Bisi Kolawole came distant third with a total votes of 67,457