It was gathered that Okorie, who arrived in Abakaliki, the Ebonyi State capital, from Abuja on Saturday, was to meet with his supporters on Sunday in the Onicha Local Government Area of the state. 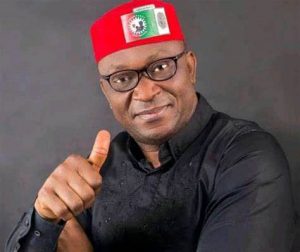 He was said to have been kidnapped while driving out of his Abakaliki residence on Sunday. 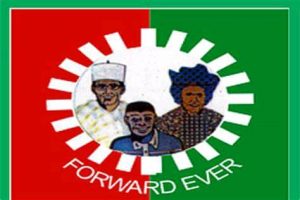 In a statement on Sunday night, the Director of Linus’ CaringHeart Foundation, Dr. David Ogbonna said, “Hon. Linus Abah Okorie was kidnapped early this morning on his way to his house in Abakaliki by gunmen known to be men of the Ebubeagu Security outfit allegedly sent by the Onicha Local Government Chairman.

“The available information confirms that he’d been severely tortured to a near-death situation, made naked, and pictures of him taken by his abductors.

“The information available at this moment confirms that their end-point motive is to torture him to death and dump his body at Ebonyi river.

“His phones are currently with the team commander of his abductors.

“A professional tracking done on his lines reviewed Okoja Road, near Police Headquarters, as his current location. The second line showed Ebunwana, Edda.

“We’re believing that his abductors may have kept his half-dead body at old Government house where the previous actions of the indicted militia group usually take place.”

Meanwhile, the incident has generated tension in the Onicha council area, as youths in the area are said to be agitating for a protest and mounting roadblocks on strategic roads.

The Chairman of the Onicha LGA, Chidiebere Uzor, has, however, debunked allegations that he had a hand in the incident.

In a statement, his Special Assistant, Akpuru Anioke, said, “The attention of staff, management, and peace-loving indigenes of Onicha LGA has been drawn to a malicious allegation leveled on our Executive chairman, Hon. Chidibere Uzor, by one Ogbonnaya David from Ohaozara LGA.

“I, on behalf of our amiable boss, wish to categorically inform the general public that the executive chairman of Onicha LGA has never and will never involve in the abduction or arrest of any law-abiding citizen.

“Our peace-loving chairman did not arrange for the alleged abduction/arrest of Hon. Linus Abba Okorie as timidly accused by the named room divider. Hon. Linus Abaa Okorie and Hon. Chidibere Uzor are true and patriotic sons of Onicha Igboeze, and I am vehemently convinced that one cannot plan any evil for the other irrespective of differences in their party ideologies and practices.

“Information on public space has it that Hon. Linus Abah Okorie and three other drugs paddlers were arrested and not abducted by the state security architecture on drug-related case and has been handed over to NDLEA for other necessary actions. For more information, one can contact the NDLEA office at Abakaliki.”

Also, the Onicha council boss, Uzor, in an interview with journalists, said, “I have nothing to do with it. He was not kidnapped. I learnt his City Hub was being used by ‘mkpurumuri’ and ‘loud’ dealers. He is harbouring drug dealers and so he was arrested by security agencies led by NDLEA.”

But the National Drug Law Enforcement Agency in Ebonyi State denied knowing Linus’ whereabouts, saying he was not in its custody.

The State Commandant, Iyke Uche, said, “We never arrested (him) or was anybody with that name handed over to us. There is nobody like that in our custody.”