This is surely not the best of times for the factional Gubernatorial Candidate of the All Progressives Grand Alliance (APGA), in Abia State, Prof. Gregory Ikechukwu Ibe. 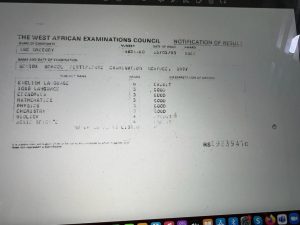 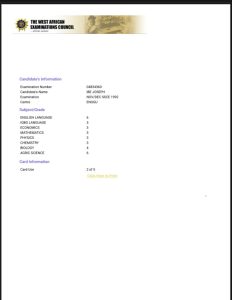 The Acha, Uturu born academia turned politician has been in the news for the past one week, for the wrong reasons.

Penultimate week, an Appeal Court in Abuja had nullified the APGA Governorship primary election in APGA, as Prof. Ibe was then announced the winner, ordering a rerun, on the weighty allegation that the process that led to the conduct of the primary elections and his emergence was illegal. He has since appealed the judgement 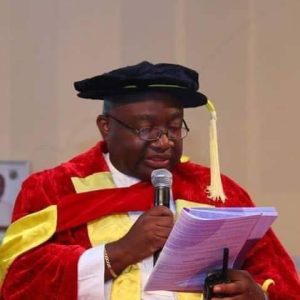 Again, there has been this rumour making the rounds that Prof. Greg Ibe has been parading a fake West African Examination Council Result (WAEC).

His traducers are also members of his party, the All Progressives Grand Alliance ( APGA) in Abia state

In a monitored interview in Umuahia, the Abia state capital on Wednesday 7th December, 2022 with the Family Love 99.9 FM, Umuahia, anchored by Chris Owi, popularly called Mr. C, another contender to the APGA Governorship slot and a security expect from Arochukwu LGA, Chief Chikwe Udensi confirmed to the bewelderd audience that Prof. Greg Ibe, the acclaimed Abia Governorship Candidate of the All Progressive Grand Alliance, APGA
did not only forge his WAEC Certificate but also forged his National Youth Service Corps ( NYSC) discharge certificates and got his phoney Professorship from an unknown University in United States of America in just 2 years, querying his academic claim of being a Professor.

However, the said fake WAEC certificate has now leaked in the social media, and has already gone viral.

According to a news blog, that leaked the result on their Facebook wall alleged that Prof Greg Ibe submitted a fake WAEC result to the Independent National Electoral commission, INEC as part of his academic qualifications ahead of the 2023 Guber election in Abia state.

In the two WAEC results marked A and B, A is the original WAEC result belonging to one Ibe Joseph from Anambra state South East Nigeria, written in Enugu state in the year 1992, Nov/Dec examination year, with the examination number 04834360, while the result marked B as submitted to INEC by Prof Ibe is assumed to be his result with his name Ibe Gregory on it and with exam number 04834360, exactly with the same examination number belonging to Ibe Joseph which was written in Enugu state in 1992.

From the details made a available by the online platform, Prof Greg Ibe WAEC certificate was obtained in the year 1992 Nov/Dec examination year, with the same grade exactly like that of Ibe Joseph that was issued on March 1993.

Findings according to Chikwe Udensi said, while verifying both results at the WAEC portal using the same examination number found out that the Nov/Dec 1992 result with examination number 04834360 belongs to Ibe Joseph from Anambra state Nigeria.

Presently the WAEC result of Prof. Greg Ibe is being challenged by Major Gen Ijiomah N Ijiomah retired in the law court, just as Chief Udensi had during the programme with Family Love FM, insist he is also heading to court, and according to him, ” To file criminal proceedings against Prof. Greg Ibe, as the issues discovered are not something to be swept under the carpet, he added”.

The question begging for an answer is this; ” Can two different people, bearing different names have the same Examination number and score the same grades?

The days ahead for the All Progressives Grand Alliance (APGA) in Abia state is such that may finally destroy the party.