In their desperation to win the 2023 general election by any means possible and continue with their misrule, agents of the Abia State government sympathetic to the PDP, have taken the dirty pattern of Abia State politics to another level by destroying billboards of candidates of other parties who they believe constitute threats to them. 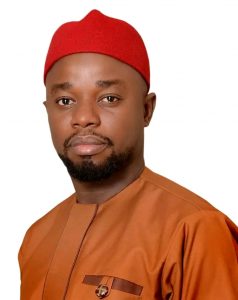 This ugly scenario played out once more on Saturday, September 9, 2022, when these anti-democratic elements destroyed the billboard carrying the faces of Mr Peter Obi, Dr Alex Otti and Engr Chinedu Onyeizu. Incontrovertible facts on ground show that the target of the dastardly act is Engr Chinedu Onyeizu, the Labour Party’s senatorial candidate for Abia South. While other states of the federation are encouraging and promoting their youths to take up political positions, Abia State government is using the powers and resources of the state to intimidate its own youths, and that is despicable. All well-meaning Abians should rise up in condemnation of this.

It is important to point out that the destruction of the billboard situated at railway, Factory Road, Aba, came barely 24 hours after PDP and their Abia South senatorial candidate failed woefully in their desperation to mislead the people with the infantile tale that Engr Chinedu Onyeizu is being sponsored by the Governor. Having failed in this move, they resorted to the destruction of billboards. This act is cowardly and senseless, and, no doubt, confirms that Chinedu Onyeizu’s overwhelming acceptability across the six local government areas that make up the senatorial district has unsettled them.

The people of Abia South know who and what they want. They obviously do not want someone whose reason for aspiring to go to the Senate is to match the records of his predecessors who have made the National Assembly their retirement home, or someone who wants to spend his old age in the Senate even without anything to show for it after sixteen years.

By now it should have been obvious to them that no amount of rumour or destruction of Engr Chinedu Onyeizu’s billboards will change the fact that the people will overwhelmingly vote for him. Come 25th February, 2023, Chinedu Onyeizu go pepper dem!