The recent murder of Father John Mark Cheitnum in Kaduna is the latest in what has been described as a systemic terrorist attacks against Christians, especially against Catholic priests, across Nigeria. 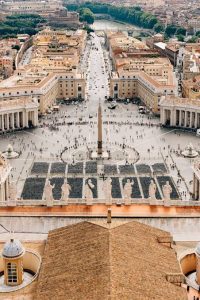 Senator from Shehu Sani from Kaduna, who is also a human rights activist, described the killings as a systemic phenomenon.

He said “the killing of Catholic priests in Kaduna, North-West Nigeria by terrorists has become systemic.” 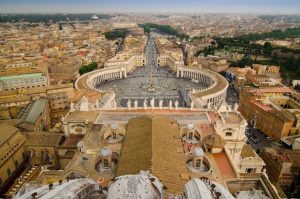 At least 20 priests have been kidnapped in Nigeria since the beginning of 2022, five in the first week of July alone, according to Vatican News.

Father Cheitnum was murdered on the day of his abduction and his already decomposing corpse was discovered on July 19. Father Cleopas was able to escape from his abductors and has returned home, according to a statement from the Diocese of Kafanchan to which the two priests belong.

Both priests were kidnapped shortly after they arrived at the parish rectory of Christ the King Parish, Yadin Garu, Kaduna State. Father Cheitnum was Chairman of the Christian Association of Nigeria (CAN) Jama’a Local Government area, as well as the Coordinating Chairman of CAN, Southern Kaduna.

He was also the Dean of Kwoi Deanery, the Director of Communications for the Diocese of Kafanchan and pastor of St. James Parish, Fori.

According to Open Doors’ 2021 World Watch List, more Christians were killed for their faith in Nigeria than in any other country in 2020—3,530, up from 1,350 in 2019. In overall violence, Nigeria was second only to Pakistan, while it trailed only China in the number of churches attacked or closed at 270, according to the report.

Amid the growing attacks, priests and parishioners say they are scared of going to church because they don’t know who would be the next victim.

The attacks on priests have also been worsened by the growing insecurity in the country. The government has been accused of not doing enough to protect citizens across religious and ethnic lines.

Back in 2015, President Muhammadu Buhari promised to tackle insecurity once he was elected. But security has not improved under his watch despite efforts of the military to tackle Boko Haram insurgency in northeast Nigeria.

According to Father Ugochukwu Ugwoke, in an interview with Catholic World Report, insecurity in Nigeria has become a great concern and that priests feel unsafe going about their different ministries.

“I have never seen insecurity go this bad before in the country,” he said. “The present administration has not done enough to protect lives and property because even at home we are not safe and when we go out, we are also not safe.”

Fr. Ugwoke adds that the inability to arrest and prosecute the gunmen who attack priests and Christians has emboldened them to continue their killing spree.

“Today in Northern Nigeria, many people live in fear, and many young people are afraid to become pastors because pastors’ lives are in great danger,” said Rev. John Hayab of the Christian Association of Nigeria. “When bandits or kidnappers realize that their victim is a priest or pastor it seems a violent spirit takes over their hearts to demand more ransom and, in some cases, go to the extent of killing the victim. We are simply pleading with the federal government and all security agencies to do whatever it will take to bring this evil to a stop.”

In addition, foreign governments and organizations have condemned the regular attacks on Christians in Nigeria.

The UK-based Humanitarian Aid Relief Trust says more than 1000 Christians were killed in Nigeria in 2019 alone. The organization further reported that at that point 6,000 Nigerians had been killed and 12,000 displaced since 2015.

Last year, the United States designated Nigeria as a “country of particular concern” for religious freedom, alongside China, Iran, Pakistan, and Saudi Arabia. This designation is for nations that engage in or tolerate “systemic, ongoing, egregious violations of religious freedom.” If they fail to improve their records, sanctions can follow.

The Vatican has reacted to the attacks on priests with Pope Francis calling for prayers over insecurity in the country.

“Let us also seek intercession for all the situations in the world that are most in need of hope: hope for peace, for justice, hope for a dignified life,” Pope Francis said in his Angelus broadcast through his official Twitter handle. “Today, I would like to pray in particular for the population of the northern region of Nigeria, victims of violence and terrorist attacks,” he said.

The presidential candidate of the African Democratic Congress, ADC, Dumebi Kachikwu also condemned the upsurge in the attacks of Catholic priests in the country.

In a statement on Thursday, he described the development as unacceptable and an unprovoked aggression against a section of the population dedicated to the service of God and humanity. He insisted that the ugly development must be urgently nipped in the bud by the relevant security.

The Nigerian government has been unable to provide adequate security for the citizens and as a result there is growing insecurity in the land. Since the terrorists are aware of the weaknesses of the Nigerian state, they attack at will realising that there is not really restraining force. Little a whole lot of people including the Catholic Priests are left vulnerable to whims and caprices of the terrorists.

Regrettably, apprehended or the so called repentant terrorists in Nigeria get pardoned and re integrated into the society with due diligence of checks. These repentant terrorists later transform back to unrepentant terrorists to continue to wreak havoc in the society. Likewise, kidnappers get bread thrown at them instead of bullets fired at them. They in turn use the ransom proceeds to purchase more weapons for more daring expeditious kidnappings and killings – and the vicious cycle continues.

Terrorist’s religious fanaticism and ideological considerations arising from a flawed teachings, doctrines, orientation, and sometimes indoctrination for hate of any other faith other than theirs on the face of the earth.

Some have suggested that the ostentatious lifestyle flaunted by some Catholic priests may be a source of attraction to kidnappers who end up killing the victim priests even after collecting the ransom. The religious war of rivalry for supremacy between Nigeria’s two major religions makes the Catholic priest vulnerable to attacks even to the point of total annihilation.

Catholic priests are seen as part of a privileged group, and as such, attacks may come as an expression of, or a form of anti – clericalism that is based and fueled on vendetta, or the loss of the sacredness and sanctity of the priesthood as symbolised by the Catholic priest.

As things stand now, the security of catholic priests should not only become a subject of political grandstanding but a decisive agenda in the buildup to the 2023 general elections.