The Njokus, owner of the cable television station, IrokoTv, have received backlash from Twitter users after Jason Njoku stated that N4.6m school fee is cheap in Nigeria. 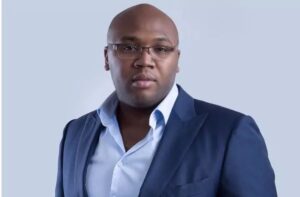 A few days ago, Jason took to his social media to reveal that school fees of N4.6m is cheap and that he pays more for his three-year-old after a Twitter user shared the provisional bill for a school in Epe, Lagos State, with school fees of N4,643, 901.

He tweeted, “Most Nigerians don’t realise but most things in Nigeria are actually super cheap by African (forget global standards).

“For Tier 1 education in Africa (forget about globally) this for boarding school is cheap. I pay more for my 3-year old’s Montessori school.”

However, his tweet did not go down well with some Twitter users and they took to the social media platform to air their opinions.

Victor Akoma, with the handle, @KcAkom, noted that with such a fee, his child ought to solve calculus problems in preschool.

He tweeted, “My children better be solving calculus in preschool.”

Another Twitter user, @ann_yyz, felt that Jason statement was quite insensitive with the post, saying, “‘Cheap’ is relative! How much is the minimum wage? Exactly! To the average Nigerian, it is expensive. Your comment is somewhat insensitive.”

Another Twitter user, Chika Ohaji, with the handle, @dawn2252000, noted that with the current minimum wage, N4m was not cheap.

Ohaji stated, “You need to also take into consideration the standard of living. The minimum wage here is N30,000 and even many states are finding it difficult to pay. So, saying N4m is cheap might sound a bit offensive to many people.”

Some other Twitter users took a swipe at Jason’s company, claiming that he bragged online while his staff received peanuts.

Some other users followed suit, using abusive languages on the father of three.

However, his wife and co-founder of IrokoTv, Mary, came to his rescue via her Instagram page, stating that their workers get paid based on their performance in the company.

Mary wrote, “We need to stop quoting educational qualifications and start working on our contribution to our employers.

Also, while responding to the claims that her staff are underpaid, Mary challenged anyone who knows her current staff that earns N30,000 or N90,000 to come forward with proof and stand a chance of winning N1m.

“If you know any of my current employee that earns 30k or even 90k irrespective of their educational qualifications come forward with proof and get N1m plus public apology,” she said.