*The untold story of Chinenye Nwaogu* By Pavamedia

Chinenye Nwaogu hates to overreach himself. He rarely boasts about how far has come thus far in life, but sometimes it’s good to let some of the younger ones know that he has been in the trenches for a while. 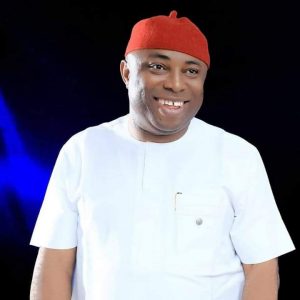 It is on record that Nwaogu has never been found wanting academically.
In 1993, young Chinenye left Grammar School Nbawsi as the best student, an excellent record that is yet to be broken.
He has been an ‘A’ student all his life, his mental capacity to grasp issues is legendary. 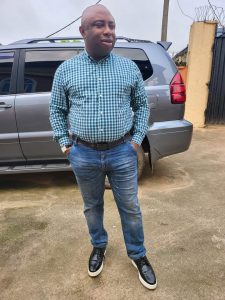 He joined National Assembly in the year 2000 as PA and later SA to a member of the House of Reps.

To them, he was resourceful.

In 2002, he consulted for USAID managing one of their biggest democracy and good governance programmes of over $58k in Nigeria.

His first meeting in delivering that project was with then Governor Joshua Dariye of Plateau State. 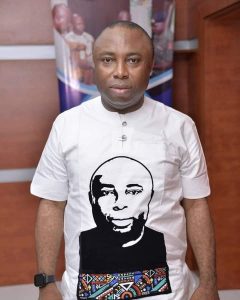 By 2002, he was a Special Assistant Political to the National Chairman of APGA.

Peter Obi, the current (Messiah), used to drive to see him in the office because his role included filing all his papers with INEC when he ran for the governorship of Anambra.

Nwaogu was in the committee who screened him.

In 2003, he was a major team member of the Ojukwu Presidential Campaign Organization, leading the advance team that transversed the length and breadth of Nigeria, preparing grounds for one of the most electrifying Presidential campaigns by Ikemba of Nnewi with whom he shared a very personal relationship.

Recently, HE Ambassador Ody Nwosu a former Nigerian Ambassador and his PA then visited Aba as Chairman of Cutix and refreshed his mind to the travails of those years.

He had made list for appointment as SA to the President in 2003, through a deal brokered by Chief Okorie until that deal was sacrificed to his pro-Igbo sentiments, one of the unsung Igbo heroes.

He had been a Public Affairs manager of an Airline as far back as 2005.

In 2009, he made a list to be in Abia EXCO through the same Chief Chekwas Okorie, but politely turned it down due to a consultancy with a development partner organization.

As far back as 2007, Nwaogu was Secretary of the Civil Society Round Table in Abuja funded by the US Embassy through IRI with Activists like Ledum Mitee who replaced Saro Wiwa as leader of MOSOP as Chairman.

Erudite Nwaogu had worked with the Federal Ministry of Education.
The JAMB Office in Umuahia today is a testimony of his efforts.
Thanks to Chief PC Mbah then Commissioner for Lands and Ochendo global whose magnanimity gave JAMB land within 3 days of request.

As far back as 2006, Nwa Sir Nwaogu was a weekly guest of Imori Amariri’s Focus Nigeria of AIT fighting the ill-fated OBJ’s 3rd term Agenda working for the then VP Atiku Abubakar’s media office.

For over 20 years he has been on a first-name basis with almost all the frontline elites and politicians from Abia State.
His civil society instinct kept him a bit away from early active participation in Abia politics, in 1998 as he was amongst the first 10 registrants of PDP in his ward register.

As a rule, he usually doesn’t boast or talk about his past because it means nothing to him.
For him, any position or opportunity you have in life is just God’s grace and mercy.

It’s never been about primitive wealth accumulation for him, having been trained by a school teacher father chasing after wealth through illicit means like 419, drugs and other ill-related means of the youngsters of his days was not part of his interest.

He was trained to be contented and satisfied with any legitimate earnings.

His life is founded on the principles of hard work, honesty and integrity which is why it’s easy for him to manage a pro-poor programme that attracts over 600 million Naira monthly into the state without pilfering the funds or milking the poor and vulnerable whose money that is.

In fact most times, he spends personal funds to activate those processes before even the state government gets involved.

He is eternally grateful to Governor Ikpeazu for the opportunity to serve in his government, but his contributions cannot also be waved away easily, the results we produced were as a result of long years of experience, contacts and relationships.

Since 2015 of his sojourn in Abia, all programmes that he has been assigned to handle from MSMe, Ease of Doing Business, and Social Investment have all attracted national and international awards of excellence to the state government and him personally.

When his colleagues, the Focal Persons unanimously nominated him as National Secretary of the Forum in an APC initiated programme, it is a sure bait that they saw his capacity and competence.

Someone, who had concluded two master’s degrees before 2008 one in Policy Analysis and another MBA in Human Resources Management didn’t just begin today.

Nwaogu has never been unemployed since the year 2000, and he has come a long way. These experiences come with solid leadership and career training from many reputable local and international organizations.

As far back as 2003, he has been a regular visitor to the seat of power in Aso Rock.
It didn’t start today which is why mingling here is very simple for him.

No, be today e start ooo. 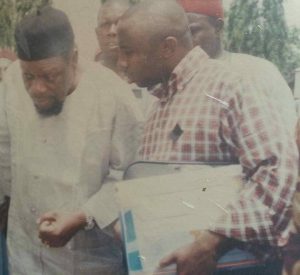