As Nigeria groans under heavy debt amid dwindling revenue occasioned largely by massive reduction in oil production capacity, experts in the oil and gas sector have advised the federal government to adopt proactive and aggressive means to checkmate oil theft. 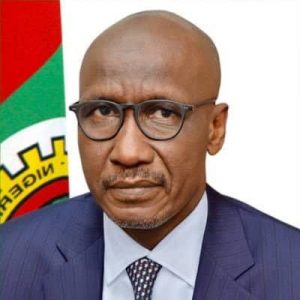 There have been conflicting figures with respect to the level of crude oil theft in the country and the corresponding losses in monetary terms in recent times.

While some data from the Nigerian National Petroleum Company (NNPC) Limited showed that Nigeria was losing about 250,000 barrels of crude oil per day to theft, suggesting a total loss of about $1.5 billion, its Chief Executive Officer, Mele Kyari, addressing the 49th session of the State House briefing at the Presidential Villa in Abuja was quoted to have said that the country loses 700,000 barrels of crude oil daily to oil theft.

This is as the Minister of State for Petroleum Resources, Dr Timipre Sylva, noted that the country loses 400,000 barrels of crude daily via oil theft. Sylva, who made the revelation during a recent visit to Governor Hope Uzodimma of Imo State in Owerri, regretted that the nation had fallen short of OPEC daily quota, from 1.8 million barrels to 1.4 million barrels, due to crude theft. He described the development as a “national emergency.”

Nigeria’s economy has been struggling and is currently faced with a yearly widening budget deficit, which stands at N7 trillion for the 2022 fiscal year. The development is also creating a rising inflation rate, which has worsened prices of food items and other products, created a high foreign exchange challenge, pushed unemployment rate to about 33.3 per cent while the government currently expends as much as N7 trillion budget deficit on subsidy payment.

As a result of the sustained sabotage to the nation’s oil production capacity, statistics from the Central Bank of Nigeria (CBN) show crude oil revenue fell by 29 per cent in the first quarter of 2022.

In its most recent economic and statistical report for the first quarter of 2022, the apex bank revealed that earnings from crude oil fell to N790 billion from N1.1 trillion in the previous quarter, which ran from October to December 2021.

NNPC boss, Kyari identified oil theft as a major reason for the drop in production, ultimately leading to low revenue. According to him, highly placed Nigerians, including religious, community leaders and government officials, were fully involved in the crude oil theft on a grand scale.

Faced with a challenge of data accuracy, the National Assembly also noted recently that about $40 million worth of crude is being stolen in the country daily, translating to about $14.6 billion in a year.

Kyari had told oil and gas investors recently that the FG was not helpless in dealing with crude oil theft, adding that a new control system has been developed to monitor all oil sites in the country as well as an online real time incident report platform.

He disclosed that Nigeria’s crude would now carry special identity numbers, a development that would enable the country to take serious actions against countries condoning oil thieves, who are refining Nigerian crude illegally.

In a bid to stem the tide of widespread oil theft, especially through the product pipelines, the FG had recently reconsidered and approved pipelines surveillance contracts.

One of the beneficiaries of the contracts is former leader of the Movement for the Emancipation of Niger Delta (MEND), Government Ekpemupolo, popularly known as Tompolo.

Justifying the rationale for the contracts, Kyari described as a right decision, its resolve to award the contract of pipelines surveillance. “We need private contractors to man the right of way to these pipelines. We don’t have access to that and therefore, we put up a framework where contractors were selected through a tender process for people who can do it, not everyone can do it.”

Kyari dismissed the complaints that the purported award of a N4 billion monthly surveillance contract to Tompolo to secure all oil facilities in the Niger Delta region, stating that the NNPC dealt with corporate entities in the contract awards. “He may have interest in the company, we’re not dealing with Tompolo, but we know that he has interest in that company,” he added.

It was learnt that the contract terms included a regional consultation with stakeholders, including traditional rulers, leaders and ex-militants in the region as well as security services.

Meanwhile, the pipelines surveillance contract may be fuelling fresh tension between the northern part of the country and the oil rich region of Niger Delta, and even among youths within the region.

In a reaction to the contract award, the Amalgamated Arewa Youth Groups, consisting of 225 youth organisations had given a seven-day deadline to the national oil company to reverse the contract or face sustained protests.

The group had insisted that Chief of Defence Staff, Lucky Irabor, had a hand in the contract and may openly be playing the ethnic card by surrendering the “security of the economic valves and nerves” of the country to Tompolo. The group said the contract award was in no way different from the call to hire mercenaries to tackle terrorism or banditry in the North.

But some Niger Delta leaders who spoke alleged that the North has a hand in oil theft in the region, adding that northern youths may be calling for war with the protests threat.

The Niger Delta leaders alleged that while over 90 top staff at the NNPC were from the north, most of the top security officers across oil loading facilities are of northern extraction and play roles in crude oil theft and illegal refining.

On another hand, some militants had earlier threatened the Federal Government, Minister of state for Petroleum Resources, Timipre Sylva, and the NNPC over the contract. In a viral video, they questioned why a surveillance contract for a pipeline in Rivers State community should be awarded to Tompolo in Delta State, in disregard to two other ex-militant leaders, Mujahid Dokubo-Asari and Ateke Tom, who are from Rivers.

It will be recalled that shortly after the threat by the northern group, the Pan Niger Delta Forum headed by Edwin Clark had warned the northern youths against provoking a crisis in the region.

Preferring solutions to the lingering oil theft challenge, energy expert and founder at Nextier, Patrick Okigbo said using the communities, instead of private sector companies, to provide surveillance, remained the best approach to the humongous stealing.

“The communities can set up companies to provide this service. The payment goes to the communities instead of a private company. Such a structure aligns the interest of the government, oil companies and communities to ensure the oil continues to flow. Any community unable to provide the surveillance will lose the contract and money,” he stated.

Managing Partner, The Chancery Associates, Emeka Okwuosa noted that oil theft was negatively affecting all levels of the economy because the country relies on oil for major part of its earning.

“Government should be more proactive and aggressive in trying to checkmate these oil theft. I am also inclined to believe that military and government officials are complicit in the oil theft,” he said.

Okwuosa noted the need for multi-faceted and multi-dimensional, which would see government use block chain technology to forestall the oil theft in a transparent manner, while calling for a portal wherein whistleblowers and other indigenes could forward confidential report of people responsible for the oil theft.

Okwuosa advised the government to improve its intelligence gathering sources in the sector to stop theft forthwith and systemic reading of riot act with punitive penalties to government and security officials.

Speaking on the contract to Tompolo, he called for adherence to due process in giving contracts to stakeholders through an open tender in a transparent and accountable way.

“I am personally not an apostle of giving government contracts to individuals. The base agreement being that such contracts have not solved the problem but had been a way to appease the oil communities and is corruption laden. Government contracts should not be based on sentiments and emotions,” he said.

On his part, former President, Movement for the Survival of the Ogoni People (MOSOP), Ledum Mitee told The Guardian that the figures about the volume of oil theft are mere estimation, stressing that the country does not even have accurate figures of its production in the first place.

“Since my time at NEITI, there has been several calls for installation of meters as it is done everywhere else in the oil producing world, but for reasons best known to the authorities, such calls are ignored.

“When we talk of oil theft in this country, we merely focus on illegal refining, which in my view, is just a relatively smaller part of the problem. The bulk of the oil theft are perpetrated by the highly connected who have the means to bring in ships, provide necessary security protection and the like.

“So, if those who are in the position to protect the resources are engaged in stealing the same resource, then the starting point to stopping it should be at the top,” Mitee said.

He said incentivizing the communities is the way to go, in dealing with other aspects of theft which involves the oil communities. To him, if communities are to, for instance, be guaranteed some incentives like uninterrupted power and their youths are employed by them and paid living wages, the youths and community will have stakes in protecting pipelines that pass through their respective communities.

Mitee said: “Instead of this simple process, for obvious reasons, government is always interested in creating bureaucracies through which patronages could be channeled.”

An energy lawyer, a former management staff at Shell, Madaki Ameh does not believe in the figure being rolled out on oil theft, stressing however that the “free for all theft of crude oil in Nigeria is a sad testimony to the total loss of control by government.”

In the same vein, a former management staff at the NNPC and Chairman at the International Energy Services Limited, Dr. Diran Fawibe noted that the surveillance contract may not achieve projected gains.

According to him, the contract may not serve the purpose of halting crude oil theft as expected despite the amount of money being spent on it.

He expressed worry over the fall out if government decides to cancel the contract, adding that the development is worse as it has been a serious organised crime fuelled by complicity by high-ranking officials.

Fawibe’s concern is the investors, whose investment is put at risk over the theft, which he said appears to be defying solutions.

“Oil production in the country is now becoming an exercise in futility,” Fawibe said, adding, “I sympathise with the producers of the oil, who have invested billions of dollars to explore and ship oil and gas to international market.”

Lamenting that government revenue is now at risk than ever, Fawibe expressed apprehension over how investors would get return on their investments.

For geologist and publisher, Toyin Akinosho, operators must question how they allowed the situation to get to this stage in the first place.

There are three other key pipelines, and they don’t have this level of challenge. Why have those three other evacuation lines had more robust uptimes than the three I mentioned? The second point I will borrow from Osten Olorunsola, a former Director of DPR. He says we have thousands of reservoirs (the subsurface tanks from where these crudes come from) and hundreds of platforms and flow stations (from where these crudes are primarily treated), so why should we have less than 10 pipelines to take these fluids to the terminals? The system should be gridded. There should be redundancies,” Akinosho noted.