The Osun State police command has arrested the founder of one of the private universities in the country, Dr. Rahman Adedoyin over the mysterious death of a student of the Obafemi Awolowo University, Ile Ife, Adegoke Timothy. 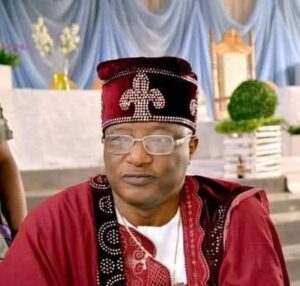 The Osun command is trying to unravel the circumstances that led to the death of Adegoke, said to be a Masters of Business Administration student who came from Abuja to write an examination and lodged in the hotel, Hilton, said to be owned by the businessman.

Timothy was said to have disappeared for days until his family traced his last point of call to the hotel, which is located along the Lagos-Ibadan Highway, Ile Ife.

The hotel is not far away from the campus of the OAU where he eas billed to write his examination.

Spokesperson for Osun Police Command, Yemisi Opalola, earlier said that a case of a missing person was reported on 7th November, at Edun Abon Police Station, adding that the matter was later transferred to State Criminal Investigation Department for investigation on 9th November 2021.

Opalola also said after the matter was received at the SCID, detectives swung into action and arrested 6 suspects in connection with the matter.

In another statement further explained in addition to the previous arrest, “the chairman of Hilton Hotel and Resort, Ile-Ife, Dr. Ramon Adegoke Atobatele Adedoyin was also arrested on 15th November, 2021.

“He is currently in police detention, undergoing interrogation in connection with the case, while awaiting the autopsy report from the hospital.”

Findings by the NPO Reports indicate that Adedoyin is being querried over the initial denial that the deceased lodged in the hotel.

It was gathered that one of the staffers of the hotel who has also been arrested claimed that the POS machine of the hotel was not working, hence the decision to ask the guest (Timothy( to make a payment for his lodging into her own personal account.

Adedoyin was said to have claimed initially that there was no record that showed that Timothy lodged in the hotel.

His remains was said to have been found in a shallow grave later.

Already, family and friends of the deceased are up in arms over full scale investigation into the matter.