The prayer of any person when accused wrongly is for God to vindicate and prove him or her innocent of such spurious and malicious accusations levied against him or her. 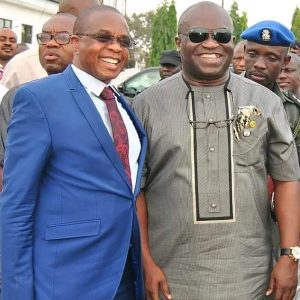 This must definitely be the prayer of erudite Professor of Optometry and the Abia State 2023 governorship candidate, Prof Uche Ikonne all these period of maligning and casting of aspersions on his person and family by his traducers.

The blackmailers commenced their unsubstantiated accusations by alleging that Ikonne falsified his age which they said was 75 years and it was later found out to be 66 years.

Those fighting seriously to bring Ikonne down, came up with yet another set of lies from the pit of hell that he ruined Abia State Polytechnic Aba and Abia State University Uturu respectively.

Ikonne’s detractors were challenged to come up with a cast iron proof of the malicious allegations and till moment, they have remained dumb and have not been able to make a sentence or come with any document whatsoever to prove their allegations. 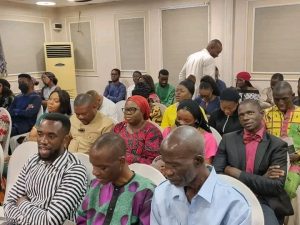 Of course, they buried their faces in shame as Ikonne, known for his immaculate approach to issues nailed the critics with a recorded video stuffed with clear facts and undisputable records. 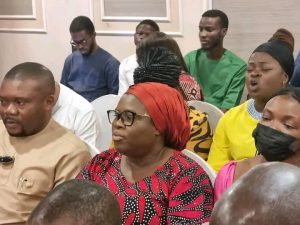 Just last week, the media space was awash with unfounded and spurious allegations by the serial blackmailers and shared virally by the envious and ignorant oppositions. 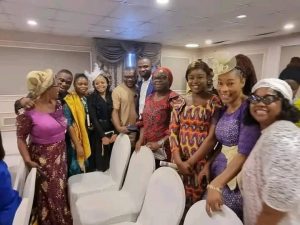 The sole aim of this utterly orchestrated campaign of calumny is to portray Ikonne in bad light, and by so doing, score cheap political gains thereby gratifying the huge amount he has been receiving over the months for this singular objective concerning a non existing pregnancy.

Now, governor Ikpeazu’s daughter has made a public appearance not that she appeared in a public gyration ground but she made her appearance in the church to tell the whole world that such information is spurious and misleading,shutting down the lies of one Princewill Chimezie Onwuka also called Mezie Abia.

This now confirms that whatever transpired in the previous weeks were all orchestrated because of politics of bitterness, acrimony and malice.

One should ask, why should a young man be hell bent on tarnishing the image of his fellow youth and their family?

Which ever way we are looking at it from, Prof Ikonne has been vindicated again and it means that he is a man of integrity and honour.

Certainly, it is no longer in doubt that Ikonne is the best candidate among those campaigning for the 2023 governorship election in Abia State.