The national cut-off mark has been abolished by the Joint Admissions and Matriculation Board (JAMB) .The council stated that it would now be up to Nigeria’s tertiary institutions to set the admissions standard. 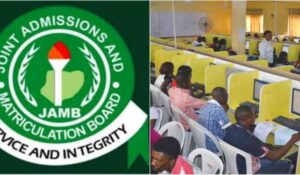 This decision was made on Tuesday during the 2021 policy meeting, which was presided over by Malam Adamu Adamu, the Minister of Education.

According to stakeholders, admissions for the year 2021 would be performed solely through JAMB CAPS, and no institution will be permitted to admit candidates without first uploading their information to the portal

PHOTOS: I Was Advised To Withdraw From OAU In My Final Year, FUTA First Class Graduate Reveals