JUST IN: Atiku picks Ifeanyi Okowa as vice-presidential candidate for 2023 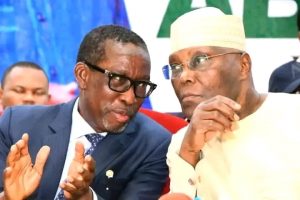 Mr Okowa. governor since 2015, was chosen from the ranks of serving governors and credentialed politicians in the South-East and South-South regions.

Mr Okowa was made the ultimate nominee after a fierce contest with Governor Nyesom Wike of Delta. The choice was believed to be in the best interest of the party as it seeks a return to power next year.

Mr Abubakar’s allies said he picked Mr Okowa because he promised to run a campaign based strictly on issues critical to Nigerians, and Mr Wike might derail that approach with his combative nature.