The National Center for Agricultural Mechanization (NCAM) Ilorin, has presented the Abia ADP Umuahia with Rice harvesting and Processing Machines to increase farm mechanization and increase rice production in the state. 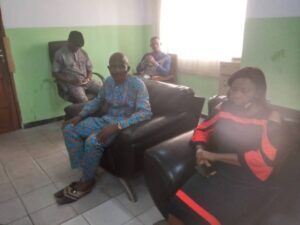 Addressing the media in Umuahia, the ADP Program Manager Chief Amanze Israel Izybest, thanked Governor Okezie Victor Ikpeazu for giving them the enabling environment to perform and the NCAM for being faithful in their collaborations with the Abia ADP. He stressed the need for farmers to update and improve their various methods of agricultural production and embrace mechanization, which according to the ADP boss is the best option for our farmers and our teaming populace.
Hon Amanze said that they are going to make sure that the agricultural machines are properly utilized to achieve the objectives of the NACM, the state.
He used the opportunity to brief the media of Successes recorded so far in Abia ADP within his one year in office.
Chief Amanze said that at the moment there is a strong relationship between the Central Bank of Nigeria and Abia ADP and that currently the Governor of the Central Bank and the Governor of Abia state have jointly and severally approved the participation of Abia farmers in the CBN 5 Star Cassava Production Initiative which will allow Abia farmers embark on a minimum of 3000 hectares of fully mechanized cassava production to be fully funded by CBN this year in the 3 senatorial zones if the state.
He informed farmers that through the Agriculture for Food security and Job Creation Project (AFJP) the Federal Ministry of Agriculture in collaboration with ADPs will give free interest loans to farmers who registered during the last farmers registration and BVN enrollment exercises carried out recently. The first batch of dry season farmers has already been shortlisted for immediate take off in first and second weeks of March 2021. He said that courtesy of the above program over 70% of our farmers now own BVN and Bank accounts.
Chief Amanze informed Abia people that the ADP with the Federal Ministry of Agriculture have trained and empowered farmers with goats and Boiler birds and are getting ready to train Agricultural Extension workers within the first quarters.
Chief Amanze informed the press the the ADP was already partnering with the Anambra IMO River Development Authority to establish a Shonghai farm complex in Abia state with works starting this year.
He said the ADP has supported the realization of CBN Anchor borrowers Scheme in maize, cassava, rice, cocoa , ginger and very soon in poultry to boost production of farmers. 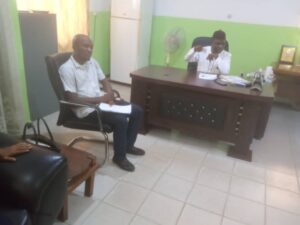 Chief Amanze said that the success story in ADP would have been a mission impossible if not for the massive support of our Agricultural Loving Governor, Okezie Ikpeazu and the entrenchment of agriculture as one of the 5 pillars of his administration’s development plans.