This is to inform APC members in Nigeria, Abia State and Obingwa LGA, that information reaching me yesterday and as confirmed by the LGA Chairman Chief Uzoma Ahiwe and other cardinal Officers of the APC in Obingwa and wards 6 and 9 where Comrade Chinemerem Peter and Prince Billy Amaechi respectively hail from that we lost the two, three to five former important Officers/members of our great party to another or other political party or parties yesterday the 29/8/2022. 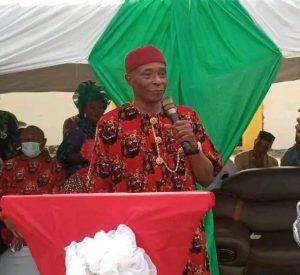 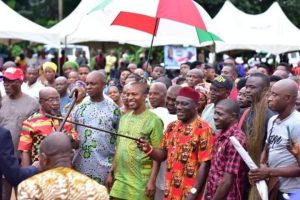 It seems that the former Abia State Assistant Treasurer Comrade Chinemerem Peter and LGA Chairmen Prince Billy Amaechi the PDP, after they were disciplined for anti party activities by the APC. It also seems they were not prepared to be under discipline or any authorities’ or persons’ control when they were in APC hence they published their resignations in various social media platforms. 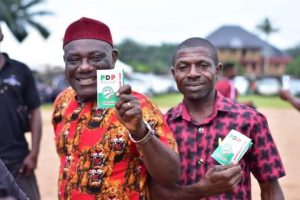 I personally regret the loss of my close aide and political allies. It is unfortunate to say the least that two of them, the former LGA Chairman and former State Assistant Treasurer exited our party the way it happened. 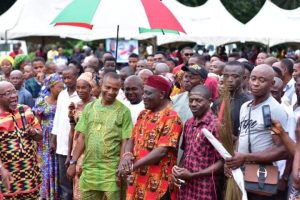 But the circumstances leading to the eventual exit of my long time aide Comrade Chinemerem Peter who was also a State Executive Committee member of the APC and the LGA Chairman both of who resigned from the APC immediately after they were suspended from APC, after due disciplinary proceedings and sanction for anti party activities under the Constitution and Rules of the APC was curious indeed. I’m not happy that my aide for many years who was the State Assistant Treasurer exited and the LGA Chairman of my Party exited the APC now as they did. I can say that every relationship, association or group has or should have it’s rules of engagement. In political parties there are also rules and internal working laws of the game. Belonging to APC and working for and, or in the PDP or attending APC meeting and greeting in the PDP slogan at the same time is not an acceptable rule of engagement of being a political party member. 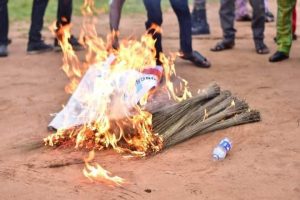 Also attending and being in the APC meeting and applauding the workings and officers of PDP in Abia State is also not one of the rules of engagement of political parties practice in Nigeria or anywhere in the world. From the internet reports I saw 5(five) bunches of brooms and two PDP cards being displayed by Prince Billy Amaechi and Comrade Chinemerem Peter at a PDP programme in Umuhuaba Mgboko Umuanunu Ward 3 Obingwa LGA yesterday and I regret that two, three or highest five members of our party APC members joined PDP or Labour Party yesterday. It is regrettable that the two of them or three persons left our party but we can not compromise discipline, law and order on the alter of closeness or long association. In conclusion, about the exiting of Prince Billy Amaechi former Obingwa LGA Chairman and Comrade Chinemerem Peter former State Assistant Treasurer may I use this opportunity to say that both of them held very important positions in our party and were on their individual rights very important personalities in the party. I warn that nobody should in anyway disparage them at all for leaving APC to PDP. I also say that it is nice to be very important as they were when in our party. However it is very important to be nice wherever one finds himself. There is nobody whose exit from any society can stop the society from moving. Therefore for people who think that because we have lost any one, two or more indispensable persons in the camp of FN Nwosu, may I inform us that there is no such an indispensable individual in any society or political camp. Sir FN Nwosu himself cannot be indispensable in the political CAMP of FN Nwosu. I most sincerely wish our friends and former members, aide, and allies very well in their new party. I am a student of Waziri Ibrahim’s school of politics without bitterness. APC in Obingwa LGA, Abia State and Nigeria ca only move forward in the circumstances. We can only try our bests to see to it that our party members learn the act of discipline, patience, respect for one another and trusting God for anything because God is all. Jehovah is Great. Sir FN Nwosu