Former Aviation Minister, Femi Fani-Kayode, has finally defected to the ruling All Progressives Congress from the Peoples Democratic Party (PDP).

He made the declaration at the presidential villa, Abuja after he was presented to President Muhammadu Buhari as a member of the APC. 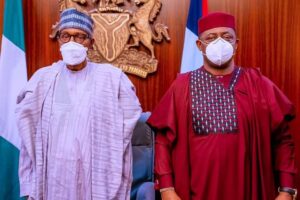 Fani-Kayode was presented to the President by the Chairman, Caretaker Committee of APC, and governor of Yobe State, Mai Mala Buni and his Zamfara State counterpart, Bello Matawalle on Thursday at the Presidential Villa, Abuja.

“Today at the State House, Abuja: Somebody has come and joined the APC. And a large-hearted and magnanimous President received him. Because that’s the essential Buhari for you,” a presidential aide, Tolu Ogunlesi, posted on Facebook.

Fani-Kayode, who explained that he had been a founding member of the APC, said he returned to the APC for the unity of the country. 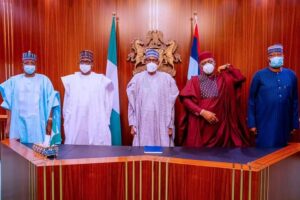 Mr. Fani Kayode said that he was led by the Spirit of God in his decision and that he joined the APC to help for the unity of the country, adding that he was against anything that would cause the disintegration of Nigeria.

He informed that he was instrumental in the exit of three Peoples Democratic Party, PDP, governors to the APC.

The governors he mentioned were Dave Umahi of Ebonyi State, Ben Ayade of Cross River State and Bello Matawale of Zamfara State. 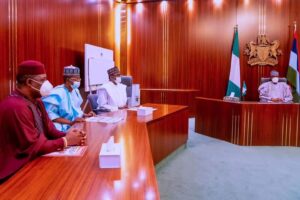 He said he was wooing the governors of Oyo, Bauchi and Enugu states, Seyi Makinde, Bala Mohammed and Ifeanyi Ugwuanyi respectively to also join the APC.