Group of lecturers under the aegis of Congress of University Academics, CONUA, has called for the immediate reopening of universities for the resumption of academic activities. 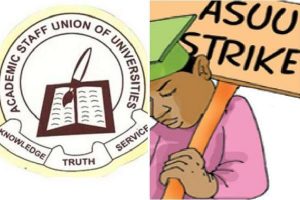 Recall that CONUA has applied to the Minister of Labour and Employmenr to be registered as one of the academic unions in the universities.

The group has been in loggerhead with ASUU and has been making frantic effort to be registered as a separate union.

CONUA stormed the National Industrial Court of Nigeria, NICN, on Friday in solidarity and support for the Federal Government for the Universities to reopen for academic activities without preconditions so that Court proceedings and negotiations can continue with students back in classrooms.

CONUA is preponderantly made up of senior lecturers, lecturers and some Professors who claim to be tired of ASUU strike methodology.

The suit instituted by the Federal Government against the striking ASUU at the National Industrial Court of Nigeria over the prolonged strike is expected to continue today (Monday).

CONUA had on Friday declared its interest to join the case in court.

Briefing journalists in Abuja, its National Coordinator, Niyi Sumonu, who led his members to court, said they were discussing with their counsels to see how they could join the matter on point of law.

He said they applied to the Federal Ministry of Labour for registration in 2018 and were waiting for the handing over of the registration certificate.

According to him, “We are interested in the case because any matter pertaining to the universities, teaching, lecturing and industrial action is of utmost importance to us because the outcome will have a bearing on us.

“Because we are waiting for registration, we cannot be part of the suit. We are talking to our counsel to see which part of the law will make us come into the suit.”

Sumonu added that their members who are from Federal and State universities have never been on strike.

Recall that ASUU proceeded on one month warning strike on 14th February over the alleged inability of the Federal Government to meet up with their demands and has been extending the strike up till date.

Some of the demands include the renegotiation of the 2009 Agreement, payment of Earned Academic Allowance, the inconsistencies occasioned by IPPIS and demand for replacement of the payment platform with the University Transparency Accountability Solution, UTAS, among others.

Although the government had claimed it has made offers to ASUU, the union also claimed there has not been any meaningful offer from the government, hence, it has remained adamant in calling off the seven month old strike.