Ahead 2023: Abiriba Women Assure PDP of Their Massive Support

Women of the ancient kingdom of Abiriba in Ohafia LGA of Abia State have assured the Peoples Democratic Party (PDP) of their total support during the forthcoming general elections. 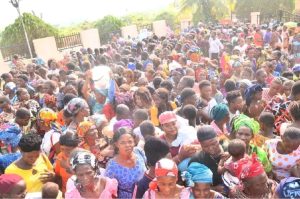 The women who made their position known on Sunday during a meeting at the residence of the member representing Ohafia North State Constituency at the Abia State House of Assembly, Hon Mandela Obasi, highlighted numerous democracy dividends they, their families and community have enjoyed from the PDP-led government of Dr Okezie Ikpeazu  and applauded him for leading the most peaceful, secure and progressive administration in the country, a feat which has enabled them to grow their businesses and work in their farms safely. 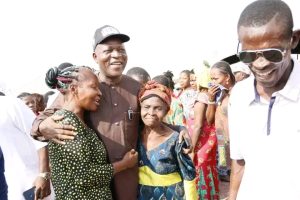 While speaking through one of their leaders, Mrs Joy Ndukwe, the women who turned out in their large numbers commended the Governor for reconstructing Ugwuezi Road in Abiriba and linking the community with their brethren in Nkporo through the construction of Abiriba – Nkporo Road which also leads to their farmlands. Mrs Ndukwe said they have also received favorable reports from their husbands and children residing and doing business in Aba on the infrastructure revolution going on there and which has opened up areas like Nwaobasi Estate, Ogbor Hill, Ngwa Road and such other areas heavily populated by Abiriba people. She urged the governor to continue his good works as the women of the community will ensure that they and their family members reward him with their support by voting for PDP candidates including Prof Uche Ikonne who is running for Governor. 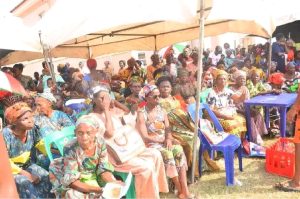 Also speaking, former TC Chairman of Ohafia LGA and grassroots women mobilizer, Princess Grace Agbara applauded the love and support of Hon Mandela Obasi. According to her, “Abiriba women have never had it so good as it has been in the past 10 years with Honorable Mandela. He takes care of us regularly by ensuring that we wear new wrappers to celebrate every festivity, donates bags of rice, kerosene, farm inputs and equipment including fertilizers, cash, and also helps to pay our children’s school fees. We are voting PDP come what may as we are happy with the party and her leaders in Abia State”. 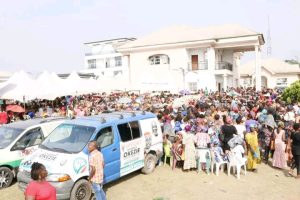 Addressing the women, Honorable Obasi expressed appreciation to them for the meeting and for their support over the years. He informed them that he has implemented palliative repairs on the bad portions of Agu Eze segment of Ohafia – Umuahia federal roads to ensure that they safely travel to other parts of the state to trade and farm. He further thanked them for their massive support to hm in 2019 and pleaded that they increase the support in the coming election by voting for PDP all the way. 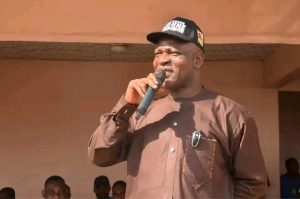 In his own remarks, PDP Chieftain and Abia State Commisisoner For Trade and Investment, Chief John Okiyi Kalu, assured the women that it was in the short and long term strategic interest of the people of the community to continue to support the ruling PDP and ignore overtures from those he described as seeking to maroon the community in purposeless opposition politics for selfish reasons. While conveying the goodwill message of Governor Okezie Ikpeazu and that of the PDP governorship candidate, Prof Uche Ikonne who he informed will soon visit the community, the commissioner used the opportunity to thank the women for ensuring that peace and progress are sustained in the community.