Abia State Polytechnic, Aba has in the past three years maintained academic stability, despite it’s few challenges which are being tackled with tact and tenacity as the school has not embarked on strike nor had any academic punctuation, the Rector Prof. Okorie Osonwa Kalu has said. 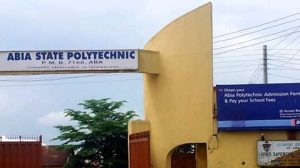 Speaking at a press briefing recently. Prof. Osonwa hailed Governor Okezie Ikpeazu and the National Board for Technical Education (NBTE) for the restoration of accreditation to the institution, while thanking him for appointing the task force that supervised the restoration. 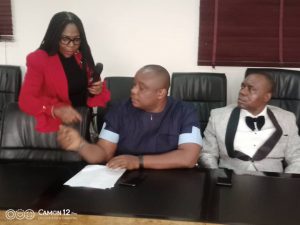 Recall that Nigeria Board For Technical Education, NBTE had in July withdrawn the accreditation of Abia state Polytechnic Aba, citing majorly non payment of workers salary as their reason, an action that got tongues wagging. 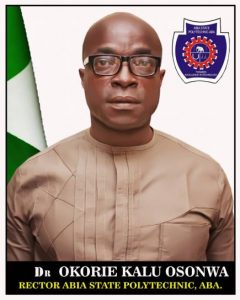 Prof Kalu Osonwa said one important thing to note was that the institution’s accreditation was not withdrawn as a result of deficient in any of her academic programmes as insinuated in many quarters. 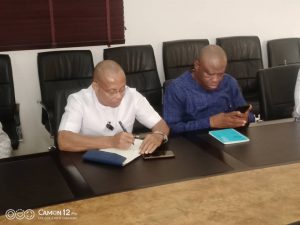 He thanked Gov. Ikpeazu for releasing money with which arrears of the workers salary was paid to an extent, and commended NBTE for their understanding and promptness in restoring the accreditation that could have robbed the school of it’s glory and dignity.

Prof. Okorie maintained that the institution would always be willing to partner the public in its development programmes and as a way of diversifying her revenue base and beckoned on willing partners to approach the school for discussion.

He assured that the institution would soon be moving to its permanent site and appealed to the Federal Government through the Ecological Fund to assist the institution in tackling the erosion menace at the site, as it has been identified as an early threat.

On the allegation of certificate racketeering against the institution, the Registrar, Mr. Chinenye Oriaku denied Abia Poly’s involvement in such absurdity.

Oriaku said those accusing Abia Poly of certificate racketeering were only out to tarnish her image of the school and promised that the institution would soon seek redress in the law court as to serve as deterrent to others.

Speaking earlier, a member of the task force, Dr. John Nwadioha said the committee worked within the 30 days period given it to restore the institution’s accreditation and was able to achieve that mandate given by Gov. Okezie Ikpeazu seamlessly.

Dr. John Nwadioha said the task force did not only work to restore the institution’s accreditation, but also went ahead to re-establish relationship between Abia Poly and other critical institutions such as JAMB and NYSC.

He assured that students of the institution would be embarking on their NYSC programmes as had been the case before now.

In the area of admission, the Rector also urged parents and guardians to encourage their wards to enroll in Abia Polytechnic as the school is stable with qualified lecturers and sound management team, hinting that new admission would soon commence.

The highpoint of the press briefing was a tour of the school facilities, which included the new printing press.