As Abia state marks the 30th Anniversary of it’s creation, Governor Okezie Ikpeazu has solicited for patience and understanding from the citizens in their expectations for more dividends of democracy. 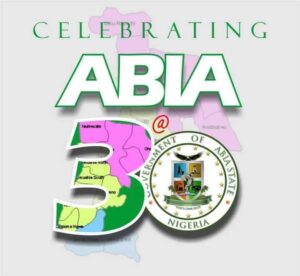 The Governor who was speaking at the grand finale of a week long event to mark the 30th Anniversary of the creation of Abia state,held at Micheal Okpara Auditorium, Umuahia, observed that although the state has not reached it’s preferred destination,it is continuously making steady progress. 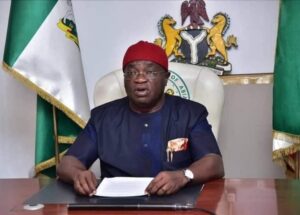 His words: “I want to congratulate Abia State for this milestone. 30 years of existence is not a mean feat. I just want to acknowledge that we are not where we would have loved to be but we have certainly moved from point A to B and we are making steady progress”.

“It will witness the 10 Kilometer per Local Government Area that i have promised Ukwa East and West,Bende,Ohafia nd Isiukwuato. We have put materials in gear to make sure that as the dry season breaks,we will go to work and God willing we will deliver on our promises”.

The Governor who used the occasion to enumerate the milestones the state has achieved under his administration within the past six years said the present government has achieved alot in areas such as Agriculture, Education,Health,SME development,among others adding that Abia has remained strong and united under his watch.

He reiterated the importance of security in economic development and promised that his administration will continue to maintain security of lives and property of the citizenry.

Ikpeazu further stated that the aggressive rebranding effort in the Industrial revolution and manufacturing sector has repositioned the state as the undisputed MSME centre of excellence in the country and beyond noting that Abia youths are directly engaged by footwear and garment industries all over the world.

Governor Ikpeazu equally used the occasion to clarify that the World Bank Projects is still ongoing in the state despite the challenges faced while funds made available to Abia is still intact and frowned at the attitude of some Abians who see little or nothing good in the state.

Highlight of the occasion was the presentation of Merit Awards to Seven deserving Abians, including the former Senate President, Adolphus Wabara and Former PDP Chairman, Chief Tony Ukasanya as Enyi Abia respectively.