Who is an activist? What really qualifies one to merit the position of a trusted crusader for good governance? Is it when one tries to force oneself in a government and fails like a badly arranged pack of cards? Would you say such a citizen is fighting for the rights of the masses or for personal gains? 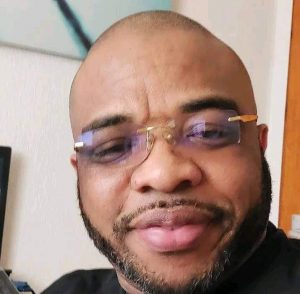 There is a saying that goes thus; “He who lives in a glass house, does not throw stones”,. But, one man seems to defy such ancient warnings, and he is Eks Steve, acclaimed engineer and later day financial expert and the owner of Ekcon consults, no matter what it means, yet he is jobless and stranded in the white man’s land. No busy man in Europe takes home – grown propaganda for vocation except and idle man. 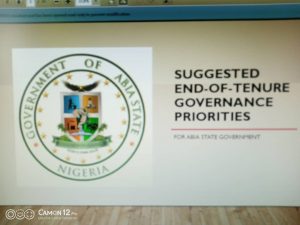 However, while attacking the PDP led administration in Abia State, the self- acclaimed activist and jobless Scotland based Abia son confided in a friend, that all he needed was the governor’s attention at all cost.

It will shock Abians to know that EKs Steve lobbied for appointment as a commissioner in Abia State during the last cabinet reshuffle, which didn’t happen. He is eager to get an excuse to return home, in his moves to run away from an entangled martial bliss.

However, his dream finally came through first week in May 2022. Who would have believed in Abia State that the same EKs Steve held a zoom meeting with the Governor Ikpeazu, as he showered praises on him for doing excellently well in the last seven years especially on infrastructures and subsequently begged to be a part of his success story?

This double agent would later present what he termed; SUGGESTED END-OF-TENURE GOVERNANCE PRIORITIES, he said would make Okezie Ikpeazu to finish strong and remain a hero, even after leaving office.

The government of Abia State acknowledged the proposal, despite the fact that what he presented had already been captured in the decisions of government as her end of tenure priorities.

Nonetheless, according to insiders account, the man later proved to have been a hunger – induced critic of government all these while as he demanded to be paid a whopping sum of $20million dollars for only a document of 19-pages, which he claimed was his Intellectual Property.

Unknown to Abians, he has also given the same documents to a governorship candidate in Abia with a different title – what a double agent?

Who is really an activist?

Let Abians ask Mr. Eks if the cover of the document (we have the full details) was not sent by him in May 2022, to the same Abia State Government he is now bashing on daily basis in social media platforms,?

Ask him, if the deal pulled through and he got paid, will he be playing the role of St. Steve ?

He wanted it secret and coded but he was turned down. The big question is; did Abia self acclaimed activist hold a zoom meeting with Abia state government officials?

Did he or did he not send his business proposal to Abia State Government in May, 2022 for a contract?

In his frustration and near desperation state, Comrade Eks Steve, before then had met a now governorship candidate of one of the political parties in UK, who inturn appreciated him. He would later request and got a transformer for his community and was subsequently recruited as an attack dog .

We reliably gathered that, EKs couldn’t start his FAKE ACTIVISM immediately because he wanted to cash-out first with Abia State
Government, but when his hopes were dashed, he started his unwarranted propaganda with fake figures.

There are many of them like that who breathe, sleep and feed on propaganda after collecting money from their paymasters in Lagos, Abuja and Port Harcourt.