2023: Ikpeazu and Abia South’s Journey Beyond Talking By Michael Nwabueze

The people of Abia South have produced one of the most vociferous Senators in Nigeria in recent times. Their voice has been heard beyond the shores of the senatorial zone. They spoke and the rest of Nigeria heard them. But that is that! 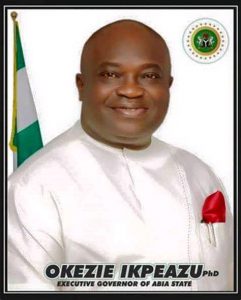 Beyond talk, there is little or nothing the people of Abia South Senatorial District can point to as what has been their dividend since 2007 till date. Effective representation that benefits the people in real terms, in terms of attracting the needed infrastructure, social amenities and other federal government presence to their domain, all factors that significantly lead to the general improvement of lives, have been missing. 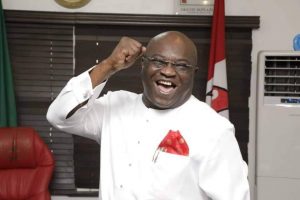 With a Governor like Ikpeazu, a more effective support from the Senate via the zone’s Senator would have been a perfect compliment to the dogged efforts of the Governor to rewrite the story of Aba which is the technological hub and commercial nerve centre of the southeast and even beyond. The needed infrastructure to further stimulate trade and commercial activities and advance technological innovations in the city are too humongous that it will take concerted efforts and collaboration between the federal and state governments to achieve through legislative framework at the national level. That is what strategic representation beyond talk does for a state.

Effective representation is strategic; it is defending your people in all circumstances, being their voice, and even more importantly, being strategic enough to ensure that you extract and attract for them their share of dividends of democracy from the national level.

Having been an executive governor for eight years, one from Abia South, and having been faced with the enormous challenges of fixing the infrastructure deficit of the area, part of which he tried to resolve by building over 160 roads across the state, most of them strategic to the trade and commerce of the zone, which is their mainstay, no other person is better suited to take the mantle of the Senator representing Abia South in the forthcoming 2023 general elections than Dr Okezie Victor Ikpeazu.

Having made trade and commerce one of the five pillars of his economic policies which he has vigorously pursued over the years, the current governor of Abia State understands that beyond defending the general interests of his people, a thing he has demonstrated enormous capacity for by joining forces with other progressive leaders of the PDP in demanding justice, fairness and equity in the power equation of the party heading to the 2023 general elections, he understands that the people need physical infrastructure like roads to truly feel the impact of governance, and that no state government can do it all alone.

With this knowledge, Ikpeazu will be going to the Senate with the mindset of a man who knows that whoever is governor of Abia State deserves legislative support both from the federal and state levels to nearly fully meet the expectations of the people. He knows that he will not be going there to only talk for his people but also to work for them because of his awareness that when there is no tangible result to show, tak is nothing. Therefore for his legacies of new roads built in Aba to be sustained and become even more effective for the people’s economic activities, he knows he has to strategically navigate through the thin lines of lean resources and budgetary limitations of the nation to bring such meaningful impact to them.

As one who suffered from the inability of the senator currently representing Abia South to be effective in terms of complimenting his efforts as governor in the provision of infrastructure for the people since little or no infrastructure was attracted by the said Senator, Governor Ikpeazu was forced, despite lean resources, to take up the construction of some federal roads in Aba including the Aba – Owerri Road, Port Harcourt Road, Aba, among others upon which he has applied palliative measures because of their near-irreparable condition.

Should Abia South senatorial district had had a Senator that worked to attract infrastructure to the zone all this while, the much needed construction of other strategic federal roads including the Aba – Port Harcourt Highway section of the Enugu – Port Harcourt Highway and the Aba – Ikot Ekpene Highway would have been of immense benefit to the people and perfectly compliment the construction of several other state-owned roads embarked upon by Dr Okezie Ikpeazu. That would have added to the infrastructure upgrade of the state which is also one of the critical pillars of the governor’s economic blueprint and the people’s mainstay of trade and commerce.

Without being a legislator yet, Governor Ikpeazu already has the experience of what a legislator should do differently to be more effective and beneficial to the people; he knows he has to defend their interest vigorously, and, beyond that, attract projects to the Zone. And over the years, Ikpeazu has proved his mettle both in peruasive speech making and well documented infrastructure development. Coming from the Executive, he is one of those who understands what the nation needs to deepen her democracy and he is primed to promote this at the Senate through appropriate legislative framework including lawmaking and oversight functions.

So as 2023 approaches and the people of Abia South go to the polls, they have an easy decision to make: elect Governor Okezie Ikpeazu to continue the infrastructure upgrade of Aba through federal intervention inspired by effective legislative framework.