The Young Progressives Party (YPP) Candidate for Obingwa/Osisioma/Ugwunagbo Federal Candidate, Hon. Ibe Michael Nwoko has raised alarm over the continued blackmailing of his name by some mischief makers in his immediate constituency. 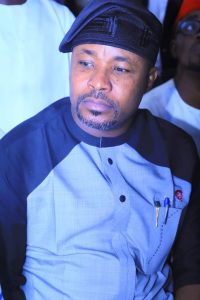 Reacting on the barrage of allegations against him, Hon. Ibe Nwoko wrote thus;

“As the electioneering campaign gathers momentum across the state, it has become imperative that I address some unfounded allegations against my person and the office I seek to represent for no justifiable reason.

Since I left the People’s Democratic Party, PDP, I have remained focused on seeking a better future for myself as a young person and have remained on the path of issue based-campaigns since the outset of the electioneering campaigns and wouldn’t want to be distracted for any lame reason, but should my name remain the agenda of every Obingwa Stakeholders meeting, I might be forced to deviate and for this reason i want to call on those peddling cheap blackmails and allegations against me to please desist forthwith. 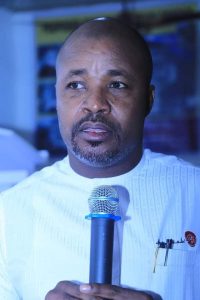 I want to state unequivocally and categorically that I did not at any point bring the contractor who handled the Eziukwu Road project, never received any four hundred million naira from the contractor, neither was I paid twenty five million or ten million naira monthly at any point as the Chairman of Obingwa Local Government Area as alleged in some quarters.

I challenge those peddling such rumours to summon me before any stakeholders forum, town hall meetings or any other forum as they may deem fit instead of seeking ways to destroy my name with unfounded allegations as I am ready and willing to account for how every kobo received as the Obingwa council boss was managed and disbursed under my watch.

Inciting people at every given fora against me isn’t necessary because the truth is already in the open but I would not want to be pushed to the wall as I have maintained my lane for some personal reasons.

Funding other party candidates in a bid to stop me from my quest to represent my good people of Obingwa/Osisioma/Ugwunagbo Federal Constitituency rather using the money to tackle the challenges confronting the state shows how much of a threat I have become. Be reminded that the polls is not a do or die affair and no man can claim God who gives power to whoever He wills without permission and anyone who wants to thwart God’s grace should get ready to be disgraced. Having my name on the lips of the same people I left months ago to face my life squarely and pursue my political career speak volumes.

If the lies, blackmails and propaganda against me continue in the coming days, I would not have an option than to use legal means to protect my integrity and person.

I also by this release put security agencies on alert as my security can no longer be guaranteed.