Members of the Peoples Democratic Party, Abiriba Chapter, at a meeting held on Thursday expressed appreciation to Chief Fred Idika for all he was able to achieve in his time as Transitjon Council Chairman of Ohafia LGA. 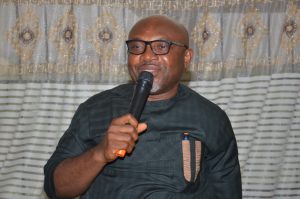 Speaking during the presentation of Idika as a Federal House of Representatives Aspirant for Arochukwu/Ohafia constituency, the Leader of the party in Abiriba, Chief Mba Ukariwo, described Chief Idika as one of the best TC Chairmen that served Ohafia Local Government in the current dispensation. 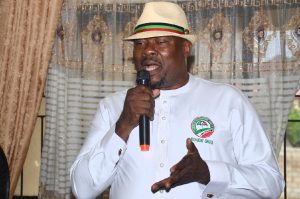 “We are proud of the tireless work you did to secure the local government during the COVID era, the fair distribution of development projects including grading of roads in Abiriba and the harmonious working relationship you had with our people. Our people appreciate hard work and fairness, and usually reward those we consider to have done well”, he said. 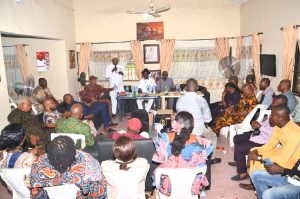 Presenting his nomination form, Chief Idika appealed for support of Abiriba delegates assuring that he will always be available to consult with the people and present their needs at the National Assembly.

“You deserve better representation at the National Assembly, employment for your people and good roads. I promise to ensure that and also carry everyone along as I’ve always done”, he assured. 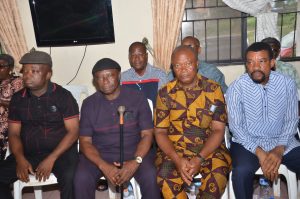 Responding, the state commisioner for Trade & Investment, Chief John Okiyi Kalu, described Idika as “a reliable true friend and ally of Abiriba people who is qualified to represent the federal constituency at the National Assembly” and called on him to step up consultations with other relevant stakeholders in the two LGAs if he wishes to actualize his dream.

Also speaking, the Executive Chairman of Ohafia LGA, Dr Okoroafor Ukiwe, expressed happiness over the good quality of those seeking to represent the constituency and described the aspirant as one of the best administrators produced by Ohafia LGA.