Why Abia Governor of Isiala Ngwa extraction is just, equitable and critical to Abia political stability – Ikpeazu Give Reasons

Governor Okezie Ikpeazu says that justice, equity and political stability all support the emergence of the next Governor of Abia State from the Isiala Ngwa area of Abia Central Senatorial District. 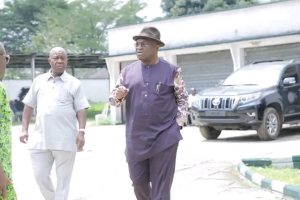 According to a statement released by his Chief Press Secretary, Sir Onyebuchi Ememanka says, the Governor made this assertion while receiving a delegation of the representatives of the leaders of the people of Isiala Ngwa North LGA led by the Chairman of the State Council of Traditional Rulers, Hrm Eze Joseph Nwabeke at the Governor’s Lodge Aba. 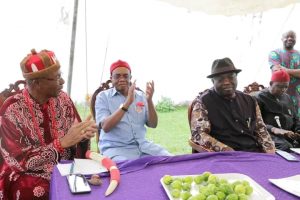 Governor Ikpeazu who spoke extensively made it clear that the emergence of a Governor from the other half of Abia Central was in accordance with the spirit and letters of the Abia Charter of Equity. 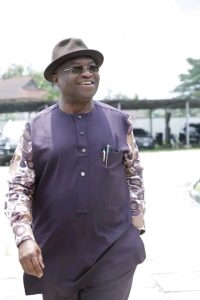 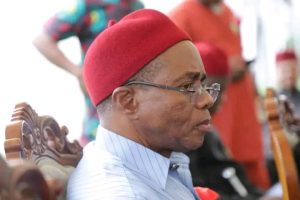 The Governor noted that while the old Umuahia Senatorial Zone has produced two consecutive Governors spanning 16 straight years, the old Aba Senatorial Zone is just about completing their initial 8 years, and as such it is only just for the old Aba Zone to take another shot at the Governorship seat to bring it at par with their brothers from old Umuahia zone, adding that the choice of a running mate from the old Isuikwuato District which is today’s Isuikwuato and Umunneochi LGAs puts the Abia Charter of Equity in full swing.

Governor Ikpeazu noted that the election of his successor from Isiala Ngwa in 2023 will pave the way for the completion of the full swing of the Charter of Equity allowing the rotation to commence again from Abia North, thereby giving every known section of the State a proper sense of belonging.

He stated that the choice of Professor Uche Ikonne was as a result of his proven track record of experience in administration and public service, and tasked the people of Isiala Ngwa North LGA to seize this great historical opportunity, expressing confidence in the ability of Professor Ikonne to deliver the dividends of democracy to the people of Abia State.

Governor Okezie Ikpeazu also explained that while Osisioma Ngwa LGA was part of Abia Central, it was impracticable and unjust for his successor to come from Osisioma Ngwa because Osisioma Ngwa and Obingwa are in the same Federal Constituency. According to him, getting his successor from Osisioma Ngwa is akin to getting his successor from Obingwa, his own Local Government.
The Governor said that no other equation will justly provide an equitable explanation to the question of management of power rotation in the State and appealed to the people of Abia State to elect Professor Ikonne as the next Governor of Abia State.
He thanked the people of Isiala Ngwa North LGA for their consistent support to his administration assuring them that he has enjoyed the unparalleled support of their sons and daughters who work with him in his Government.

Speaking earlier, the leader of the delegation and Chairman of the State Council of Traditional Rulers, Eze Joseph Nwabeke told the Governor that the people of Isiala Ngwa North are grateful to him for his warm and positive disposition towards the people of Isiala Ngwa North and assured him that since the PDP has chosen their candidate from there, the people will do the needful. He noted that the Governor has left enduring legacies in the administration of the State.

Also speaking for each of the 4 clans in Isiala Ngwa North LGA – Ntigha, Ngwaukwu, Nsulu and Nwaoha, the Chief of Staff to the Governor, Chief Okey Ahiwe, the Commissioner for Local Government and Chieftaincy Affairs, Rt Hon Prince Christopher Enweremadu, Commissioner for Works, Barrister Bob Chiedozie Ogu and Chief Gaius Anyanwu told the Governor that the people of Isiala Ngwa North fully understand the challenge facing them in the 2023 elections and assured that they will rise to the challenge and ensure that the candidature of Professor Ikonne will record an unassailable victory in the area. They assured further that no sensible indigene of Isiala Ngwa North LGA will trade the Governorship position for any other political position in 2023. They expressed confidence in the ability of Professor Ikonne to deliver the goods and consolidate on the foundations laid by Governor Okezie Ikpeazu. They thanked the Governor for finding several of their sons worthy of high and strategic offices in his administration.
They appealed to other parts of the State to support Professor Ikonne’s ambition as it is just and equitable.

Also speaking, the Gubernatorial Candidate of the PDP, Professor Uche Ikonne thanked the Governor for laying strong foundations in the administration of the State and assured that when elected, he will build on those foundations and work towards uniting the entire state and improving the lot of people of Abia State.

The delegation included traditional rulers representing the 4 clans of Isiala Ngwa North, members of the State Executive Council from the area and other Frontline political stakeholders including former and serving public office holders, including the candidate of the PDP for the State House of Assembly in Isiala Ngwa North, Mr. Ugochukwu Iheonunekwu.