WHAT GOV. IKPEAZU SAID ABOUT SEN. ABARIBE DURING HIS BOOK LAUNCH

Governor Okezie Ikpeazu has decribed the Senate Minority Leader, Senator Enyinnaya Abaribe’s life in public service as truly reflective of the spirit of the Aba man. 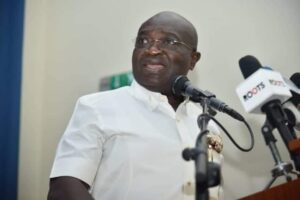 Speaking as Special Guest at the launch of an autobiography of Senator Abaribe today in Abuja, Governor Ikpeazu stated that Abaribe embodies the can do spirit of Aba which has the ability to rise above challenges and record successes.

According to the Governor, “The Aba spirit is enterprising and full of energy. It doesn’t succumb to intimidation and is ready to meet challenges as they come. That is why we are better traders than the Lebanese and can match the Chinese in manufacturing”. 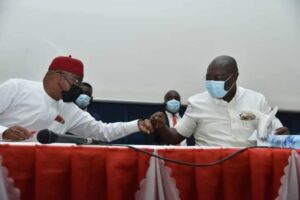 The Governor congratuled Senator Abaribe for “writing his own story in his own words because if he leaves it for another person to write, he may not recognize himself afterwards”

Governor Ikpeazu noted the importance of history in our quest for national development and expressed pleasure that the subject of history is gradually returning to the curriculum of our schools.

He noted further that it takes a lot of industry to put pen to paper and chronicle one’s story and saluted the industry of Senator Abaribe.
He also used the opportunity to wish the Senator a happy 66th birthday.

The event which was chaired by former Governor Peter Obi attracted the presence of top dignitaries, especially serving and former members of the National Assembly, which included the Senate President who was represented by Senator Ajayi Borrofice. 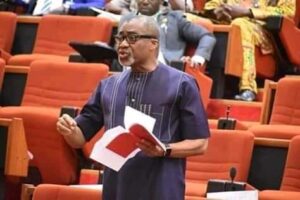 The book was reviewed by ace journalist and former Presidential Spokesman, Segun Adeniyi.