We are United for the Battle Ahead –  Abiriba PDP Stakeholders

Members of Peoples Democratic Party, PDP, Abiriba Chapter,  have affirmed their unity and readiness to deliver all the candidates of the party in the forthcoming general elections. This was made known after their expanded stakeholders meeting held in Umuahia on Tuesday. 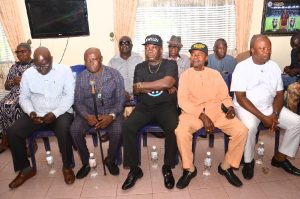 Speaking during the meeting, the Pro Chancellor of Abia State University and laeder of the party in Abiriba community, Chief Mba Ukariwo, thanked the party faithful for the manner in which they conducted themselves during and after the primary elections that produced various candidates for the party. He enjoined aggrieved members to sheathe their swords as the unity of the party is paramount going into the election next year. 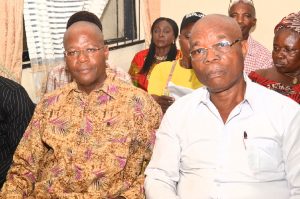 He further stated that the leadership has taken responsibility for any mistake observed in the process of electing the three man delegates and the grieviances of some statutory delegates who were excluded by the new electoral law. This he said was necessary to restore needed peace and unity in the party going into the main election. 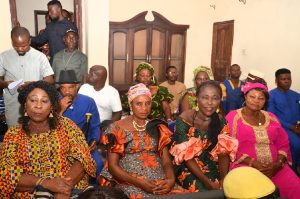 While applauding the spirit of sportsmanship exhibited by members that contested for various positions, he urged them to remain steadfast as the party will surely reward their loyalty and steadfastness. 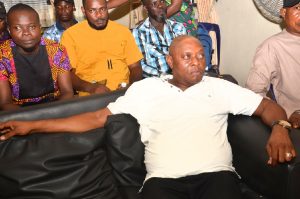 “I want to tell our brothers that contested for the party’s ticket that they are all winners. Our people showed preparedness, capacity and fought like men, but we all know what happened at the end, we understand the supremecy of the party. I thank you all for the spirit of sportsmanship displayed by accepting the outcome of the election and remaining in the party”, he said.. 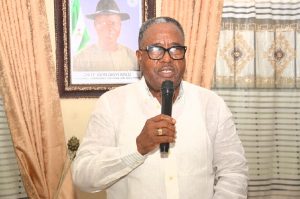 In his remarks, the State Commissioner for Trade and Investment,  Chief John Okiyi Kalu, expressed appreciation to Abiriba sons and daughters who contested for various positions during the primaries and applauded their “credible outing which has reinforced the tenacity and astuteness of the Abiriba person wherever found”.  He explained that the absence of statutory delegates was the making of the new electoral law passed by the National Assembly insisting that members should rally round the candidates of the party and Governor Okezie Ikpeazu to ensure victory in 2023. 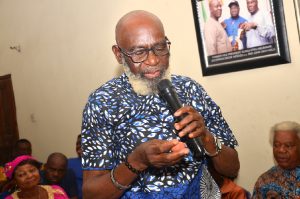 The Commissioner applauded the aspirants for Arochukwu/Ohafia federal constituency ticket, Chief Kelvin Jombo and Elder Uba Ina Obasi. He informed that he has received assurances from them that they will remain in the party regardless of the outcome of the primaries and ticket offers received from other political parties.

“We must win this political war for our party and deploy all available resources to ensure that our only candidate from Abiriba,  Hon. Mandela Obasi, is victorious in the general election. We are party people and the party has candidates from Presidential to State House of Assembly positions, so we must all unite and fight to deliver all of them”, he said.

Also speaking, Princess Grace Agbara, Hon. Okoro Okeke, Chief Ejibe Ogbugha and Chief Ndubisi Eme, thanked the leaders of the party in Abiriba for convening the peace and reconciliation committee and the enlarged stakeholders meeting which has given the leadership the opportunity to explain a lot of questions that had been agitating the minds of the people. They congratulated the party flagbearers across board and reaffirmed their commitment and that of Abiriba PDP as a whole to the party as the general elections draw near. According to Princess Agbara, “we want our leaders to know that we are united and ready for the battle ahead and no one can divide us. We are committed to delivering the party’s candidates in all the elections”.