WAR: I’ll seek for spiritual help if you will not allow my daughter to enjoy her marriage, Rita Daniels mum lampoons Chika Ike

Regina Daniels mum, Rita has called out Nollywood actress, Chika Ike over her plans to snatch her daughter’s billionaire husband from her. 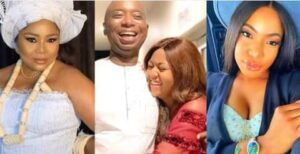 In a video that is presently going viral on social media, it can be deduced that Chika Ika was dating the billionaire, Ned Nwoko before Regina Daniels got married to the 60 year old.

According to reports, the 34 year old is making attempts to get back with the politician and continue her relationship with him. 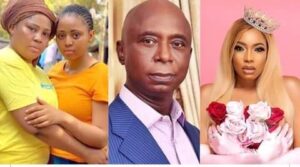 Rita Daniels has however threatened to seek spiritual help to fight Chika Ike and stop her from snatching her daughter’s husband.