UPDATE: Man who allegedly killed his wife of two- months Pregnancy, stayed 3 days with the corpse

According to Anambra state’s police spokesperson, Haurna Mohammed who confirmed the incident, he said: 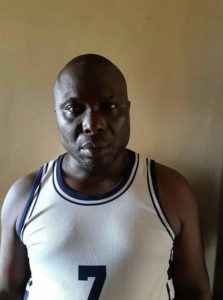 “Surprising, however, the deceased husband Mr lkechukwu Atansi age 49 years was inside the room with the deceased when the door was opened and could not give a satisfactory account of what actually transpired.

” instead, the husband claimed that he was injected with a substance by unknown persons who must have killed his wife.

Upon being interrogated, Mr lkechukwu Atansi claimed he slept for three days without knowing what happened to him.

According to him, it was during that time some unknown persons came in and killed his wife.

Meanwhile, it was also evident that there was marks of violence on the body of the deceased and blood spilled all over the room.