The Programme Manager Abia State Agricultural Development Programme (ADP) Chief Israel Amanze has assured the Alumni Association of the University of Nigeria of his support to ensure the success of their NEC meeting in the State. 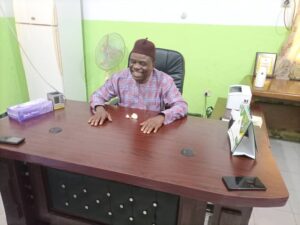 Chief Amanze who gave the assurance when he received the Local Organizing committee of the University of Nigeria Alumni Association NEC meeting taking place in the state from 29th April to 1st of May 2021 in his office thanked the Association for coming to identify with him.
He described Lions and Lionesses as proud products of University of Nigeria Nsuka and commended them for nominating him for an award at the event while promising to always take part in their activities henceforth. 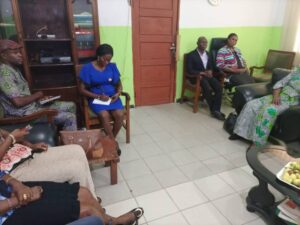 Speaking earlier, the leader of the committee Deacon Iyke Onwukwe who thanked Governor Okezie Ikpeazu, for appointing one of them Chief Israel Amanze as the Programme Manager Abia ADP said they came to invite him as an awardee on their forthcoming NEC meeting in the State and to solicit his support for the success of the event. 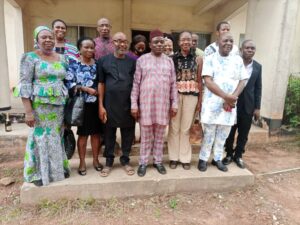 In a vote of thanks, the president, UNN Alumni Association, Umuahia Branch Chief Franklin Orji said all members of the Association will converge on the state for their NEC meeting adding that they are proud of Chief Amanze who is also qualified to occupy the rank of Alumnus of Highest Achievement (ALOHA) of the Association and thanked him for the warm reception accorded them. 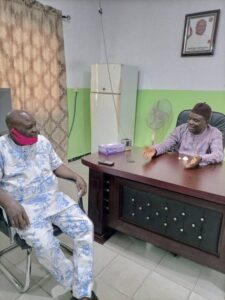 High point of the visit were the reciting of the Alumni song by the visitors as well prayers for Chief Israel Amanze. 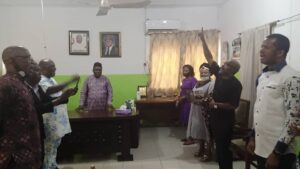 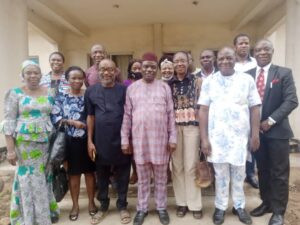