A popular Pastor in Ugep, Yakurr LGA of Cross River State, Prophet Paul Abam has been paraded in Itigidi, Abi LGA for allegedly burying charms in his cousin’s house after telling him that someone buried charms in his land and he will need huge amount of money to remove the charms 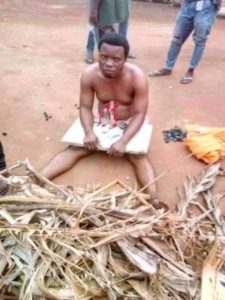 The incident which happened this afternoon drew crowds according to eye witness.

The eye witness who doesn’t want to be mentioned in print said he was caught after being identified by someone who knows him. 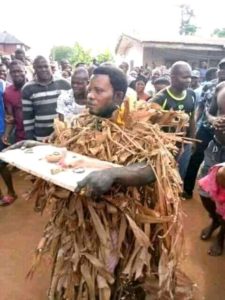 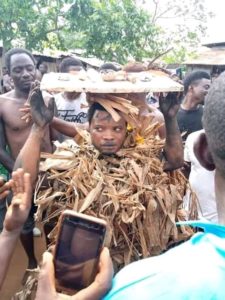