Erstwhile British minister of state for Equalities, Kemi Badenoch, has been cleared in the race to succeed Boris Johnson as the contest for the Conservative Party Leadership hots up. 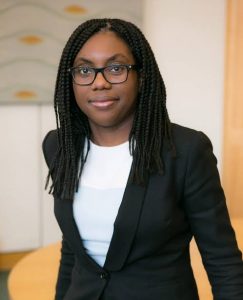 She had made known her aspiration on Sunday in a letter published by a major British newspaper. 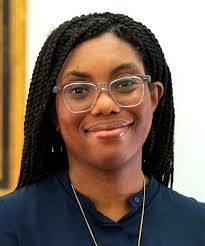 The 42-year old who was born in Wimbledon to Nigerian parents was cleared to go ahead in the contest alongside Suella Braverman, Jeremy Hunt, and Penny Mordaunt.

Others who got cleared are immediate past Chancellor of the Exchequer, Rishi Sunak, current Foreign Secretary, Liz Truss, and other MPs such as Tom Tugendhat and Nadhim Zahawi, who is Education Secretary.

Each of them received the support of at least 20 MPs.

The rules show that each candidate have 12 minutes to speak to fellow Conservative party parliamentarians, after which succcessful contenders will go through to a vote on Wednesday

The final two candidates will be selected before the end of next week, while, the winner will be announced on September 5