TV STAR REGRETS TURNING DOWN LOVE ADVANCE OF NED NWOKO ! * Declares,” I didn’t have sense, i was much younger

Big Brother Naija star, Princess Onyejekwe has revealed that she turned down the advances of billionaire businessman, Ned Nwoko when she was younger. 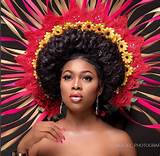 The reality TV star who had earlier taken to social media to reveal that she is done dating for love, but only available for self investments and funding, disclosed this on her Instagram page yesterday.

Reacting to her revelation, a fan took to the comment section to ask if business mogul and philanthropist, Ned Nwoko should apply.

Surprisingly, however, Princess revealed that the billionaire already applied when she was much younger, but she turned him down at the time because she was young and naïve..

Her words, “He did when I was younger. I didn’t have sense”.