The Planning and Strategy Committee of the Tinubu Campaign Organisation has alerted the All Progressives Congress to the possibility of about 192 National Assembly members defecting from the party to other parties following the outcome of the party primaries that made some members lose a return ticket. 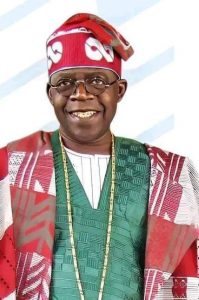 The committee, chaired by a former Secretary to the Government of the Federation, Babachir Lawal, made the recommendation in its ‘Report on the Actualisation of the Presidency of Asiwaju Bola Ahmed Tinubu in the Coming 2023 General Election.’

The committee, which highlighted the factors the party should consider in settling for a running mate and the possible choices the party could choose from, asked the President, Major General Muhammadu Buhari (retd.); the party’s presidential candidate, Tinubu; leaders of the National Assembly and other party leaders to intervene. It warned that the defection of the members might affect the party.

The committee’s report, a copy of which our correspondent sighted on Saturday, had 23 members, 22 of whom signed the document except a former Chairman of the Economic and Financial Crimes Commission, Nuhu Ribadu.

The report of the committee, which was said to have been handed over to Tinubu for consideration and implementation, partly read, “Defecting to other parties is quite common during electioneering but it is more worrisome for this election as a lot of influential members feel aggrieved with the processes of the elections.

“There is a need to reach out to the principal officers of the National Assembly and the party leadership at the national, state, zonal and local government levels to mitigate and assuage the aggrieved persons.

“It is worrisome that 22 serving senators and 170 National Assembly members are set to defect from the APC. There is no doubt that this can weaken our strength and there is an urgent need for intervention from the President, our presidential candidate, governors, leaders of the National Assembly, the APC national, state, zonal and local working committees as well as influential party stakeholders.”

The report said the committee met several times in June and deliberated on the issues of running mate, bearing religion in mind; branding and packaging of the candidate; defections among party members and gender equality. It added that the members did a random sampling of opinions from religious and political stakeholders and the general public, and that it used the religious demographic ratio from the 19 northern states and the Federal Capital Territory.

On the issue of the running mate, the committee noted that Muslim-Muslim and Muslim-Christian tickets have respective merits and demerits, but warned that the zone and religion of the running mate were sensitive issues that require careful consideration.

The committee said a Muslim-Christian ticket would sustain the established religious balance in presidential tickets since 1999 and that it could bring about victory for the party as it would satisfy the aspirations of Christians in the North-Central and North-East. It however warned that Muslims in the North-West and North-East might vote for northern candidates in the NNPP and PDP, and could result in a substantial loss for the party.

On the Muslim-Muslim option, the committee said it would help to neutralise the voting strength of the PDP and NNPP and satisfy the Muslim community which has the numerical voting strength that could guarantee victory. But on the demerit of such a combination, the committee said the uncertainty of the possible outcome must not be ignored as it would sharply divide voters along religious lines.

The report added, “It will trigger a large-scale revolt from the Christian communities across Nigeria against our party, thereby resulting in substantial loss of votes that may affect the overall victory of the election. In our current nascent democracy, it has never been tried but when tried, the winner was not sworn in, even though it was adjudged as the most free and fair election.”