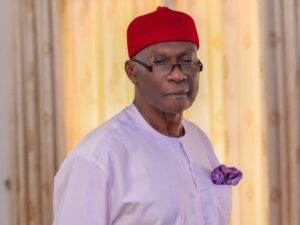 The awesome photograhs which goes down memory lane shows the Medical Doctor turned Chief Executive of the Nigerian Film Corporation as a level three medical student at the university of Ibadan. 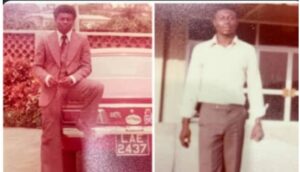 He is known prominently as “Good Governance”, Maduekwe, a jobs and Justice Advocate who graduated in medicine from the prestigious University College Hospital, Ibadan, in June 1980 now known as the University of Ibadan. 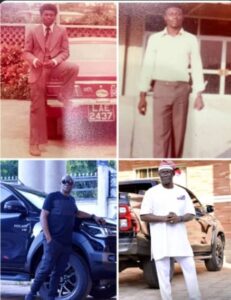 Chidia established the Kesandu Rural Mobil Medical (KRUMM) Scheme where he focussed on the humanitarian aspect of medical services.

Dr. Chidia Maduekwe who hails from Asaga Ohafia, Abia North of Abia State aside being one of the technocrats in President Buhari’s cabinet, steers the affairs of the popular “KanyiKesandu” political movement in Abia State with it’s slogan “Nkaa Ga eme”.

Since his appointment as the MD of the Nigerian Film Corporation by President Buhari in 2017 Dr. Maduekwe has pioneered several innovations and revolutionary changes that has impacted positively in Nigeria’s film industry.