Three men sentenced to death by stoning for homosexuality

Three men, including a septuagenarian have been sentenced to death by stoning by an Islamic Sharia Court in Ningi, Ningi Local Government Area of Bauchi State, for homosexuality. 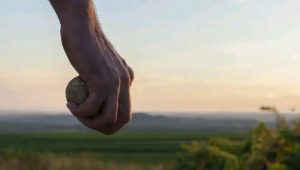 The convicts, identified as Abdullahi Beti (30), Kamilu Ya’u (20) and Mal. Haruna (70), were arrested by members of the HIsbah vanguard while committing the offense of homosexuality at Gwada village in Ningi LGA.

They, however, pleaded guilty to the charges brought against them.

The trial judge, Munka’ilu Sabo-Ningi, after hearing the statements by witnesses as well as admittance of guilt by the accused persons, sentenced the three suspects to death by stoning.

His judgement was based on provisions of Section 134 of the Bauchi State Penal law of 2001 as well as the provisions of Fiquhussunah Jizu’i number 2 at page 362.