“There Is Nothing Like S*x Styles For The Children Of God, Are you a bingo? Sex styles and family planning are not approved for saints of God – Female preacher

Again female preacher who rebuke people for using perfumes saying that they will smell stinking like gutter has come out in a fresh viral video, telling her followers that sex styles are not approved for “saints of God”. 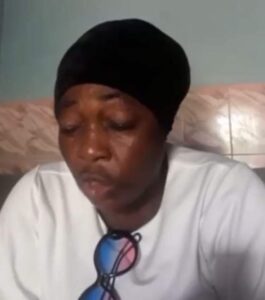 The preacher who asked those who insist on engaging in different sex styles if they are “dogs”, added that any sex style asides a man being on top of his wife or a wife being on top of her husband is not approved by God.

She also stated that Christians shouldn’t perform sex styles “wicked people” engage in. The preacher concluded by also saying that “family planning” is a sin before God.