There Are Potentials in Tourism and Culture!! Queen Jackie Atuloma (Ada Abia) 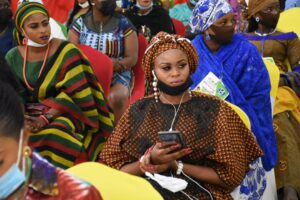 The performing Governor’s aide stated this today in Ado- Ekiti, Ekiti State capital while presenting a keynote address during a meeting session with the wife of Ekiti State Governor and the various state delegates at the ongoing National Festival of Arts and Culture EKITINAFEST 2021. 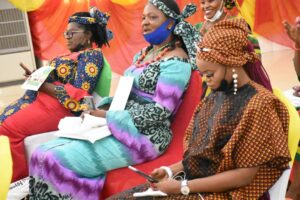 Ada Abia as she is Popularly known reteriated the numerous economic potentials in tourism also said that countries like France, Kenya, United Arab Emirates, Ethiopia, Bahamas and Costa Rica to mention but a few have their national budget been financed by Tourism. Ada Abia called for a rejuvenating spirit for Culture and tourism in the various state ministries, agencies and Parastatals. 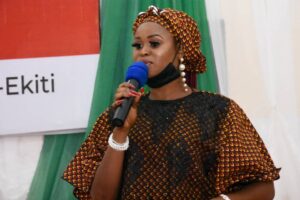 She further beckon on the wives of the Governors of the Federation whom she expressed confidence on their ability to encourage their husbands to invest in the tourism sector of the economy, Queen Atuloma was optimistic about the positive development coming to the culture and tourism sector. 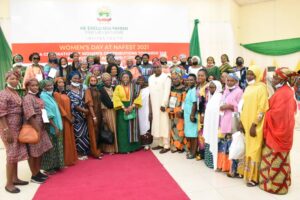 She later thanked Mrs Kayode Fayemi for hosting them and applauded Director General of National Council for Arts and Culture, Otunba Olusegun Runsewe, the Honourable Commissioner on Culture,Arts and Tourism Ekiti State Prof Rasaki Ojo Bakare, other Honourable Commissioners of Culture, Arts and Tourism from other states and numerous top Government functionaries that were present for their purpose consistency and enthusiasm in the promotion of culture and tourism in the Country. 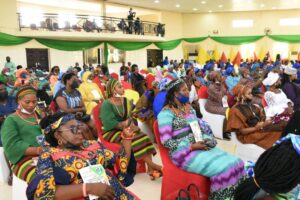 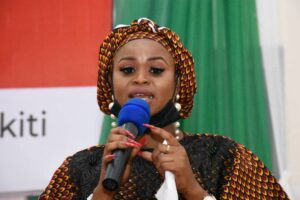 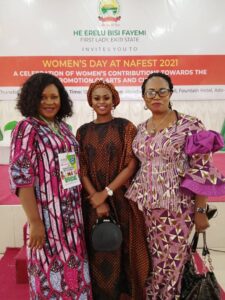