On the 19th April, 2021, Some group of women (nine in number) residing in Aba, Abia state, left Aba for a burial somewhere in Orlu, Imo state. After the burial, they set out for their journey back home, while waiting by the roadside to board a vehicle to Aba at about 6:45 pm, an SUV drove past them and stopped, opened one of the door of the car, and threw out a boy of about a year and six months and zoomed off. 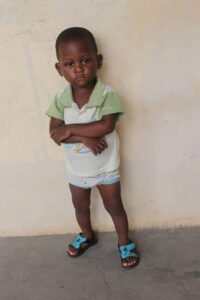 They women then rushed to the spot, picked up the child, and rescued him. At this point the nine of them began to deliberate and argue on what next to do, after rescuing the little boy, with majority of them being of the opinion to abandon the child to avoid issues, especially issues regarding how they came about the child of whom they were already of the conclusion that the child was either stolen, or had already used for ritual purpose. 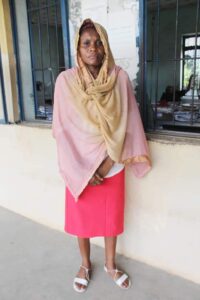 They also contemplated the issue of timing, as it was getting late and they have to go back to Aba, unfortunately they haven’t even gotten a vehicle to convey them yet.

However, all through the period of the deliberations, one of them stood firm, remained resolute and insisted on rescuing and taking the boy home, and while thinking of what to do, especially on issues of lateness, timing, and problems that may arose, she offered to take the child along to Aba, take her home, and return him the next day to Imo in search for his parents or relatives. The others accepted that option, and they all left for Aba.

Furthermore, On the 20th, April,2021, the other eight women contributed money and gave to the one whom volunteered, and she embarked on the journey to Owerri with the little boy. She arrived Owerri, and she was brought to my office while trying to find a reliable authority to hand over the baby to. It was at that point that we took over the boy, and I had to make that post, which led to the emergence of the parents of the boy.

To this end, I want to introduce to you a good samaritan, whom did not just save the life of the little boy,but caused the unifying of the little boy with his parents. All hail MRS JOY FEMI, a native of Osun state.”

Ayade pushes for designation of Cross River as export corridor

SO SAD: A Nigerian man,Chisom aka Mikky Miguel Has Died After Being Poisoned By A Friend in Indonesia