“Onye Ngwa mbu governor la arufughi Ngwa road, ochichi ochiri enweghi isi”.When this disparaging comment is translated to English, it means an Abia Governor of Ngwa extraction that fails to reconstruct Ngwa road failed woefully. This comment almost became a slogan in some parts of Aba particularly Ngwa road area owing to the poor state of Ngwa road. The road was named after the owners of the land who migrated from Okpuala Ngwa in Isiala Ngwa North local government area to their present location. 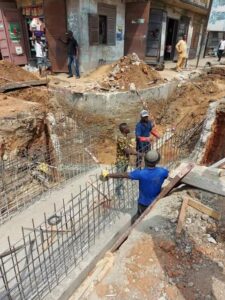 Besides the name, another reason for the popularity of the road may be due to the existence of “Ahia Ohuru” also known as Ngwa road market. In my earlier essay, I made it clear that the two previous administrations that governed the state from 1999-2015 could not do much to change the narrative of Aba as the commercial capital of Abia State. The situation became unbearable that lawyers in Aba on the platform of Nigeria Bar Association (NBA) had to abandon their Chambers and wore rain boots to protest the complete collapse of roads in Aba including those designated as federal roads. 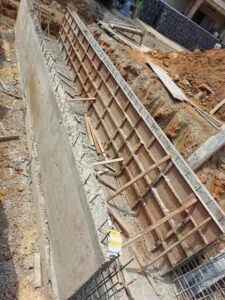 Ngwa road was among the victims of that neglect. Like other roads in the Enyimba City, Ngwa remained in a parlours state for over a decade. Naturally, the situation worsened during each year’s wet season as it becomes completely inaccessible. Some portions of the road were converted to refuse dump by the residents and traders in the area. The traders at the Ngwa road market who engage in street trading like dealers in second hand clothing otherwise known as “Okirika” conduct their businesses on top of debris. 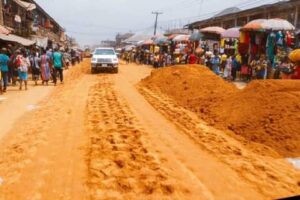 The process of recovering the years eaten by the locust commenced with the rehabilitation of some major roads in Aba. The present administration has demonstrated its commitment to changing the ugly narrative by embarking on the reconstruction of this strategic road. If the current fast pace of work is sustained by the construction firm handling the project, the job will be completed before the commencement of the rainy season which is few months away. 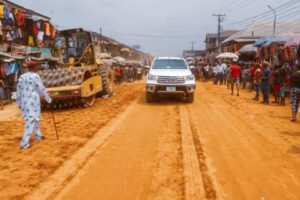 The importance of Ngwa road cannot be over-emphasized. Ngwa road and other adjoining streets are home to Small Scale Industries particularly those in the garment sector. These industries are the engine of growth of the state economy as they contribute their quota to the reduction of the high unemployment rate in the country and boosting the state Internally Generated Revenue (IGR).

Another good news emanating from the area is that the state government is also tackling the issue of the poor state of Emelogu road. Emelogu road joins Ngwa road at the Aba River. It was constructed by the Orji Uzor Kalu administration to link some parts of Ogbor hill with Ngwa road. More importantly, it was constructed to decongest the ever busy Ikot-Ekpene road which is one of the gateways into the Enyimba City. The road failed few years after construction. 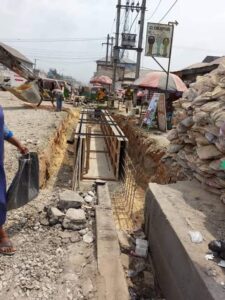 The ongoing reconstruction of Ngwa road when completed, will boost trade and ease the movement of commuters. The people will certainly heave a sigh of relief. A Daniel has come to judgment. I’m sure that the slogan will change to an “Abia Governor of Ngwa extraction that fixes Ngwa road has succeeded”.