The Nigerian Army says it has carried out joint clearance operation with the Department of State Services (DSS) and the Nigerian Security and Civil Defence Corps (NSCDC) and killed seven operatives of the Eastern Security Network (ESN) in Rivers community. 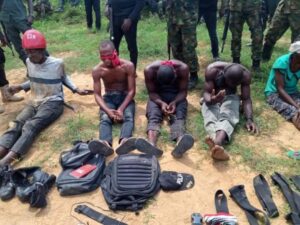 The army also said that it arrested five of operatives of ESN, an armed wing of the proscribed Indigenous People Of Biafra (IPOB), while arms and ammunition were recovered from them.

The army in a statement on Thursday night said the operation took place at about 6:15pm.