A welfare Secretary in the Student Union Government (SUG) of Rivers State University, Miss Obiano Rita Ogechukwu has given her boyfriend, Wisdom Eke an award for loving and supporting her. 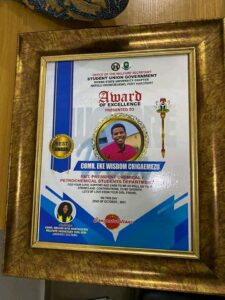 She presented the award to him at an Award ceremony held in the school where she also gave other students Awards. 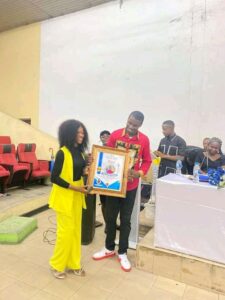 According to her, she gave her boyfriend the award because he has assisted her greatly in making her office function.

Her boyfriend after receiving the award took to social media to pen an emotional letter. He wrote 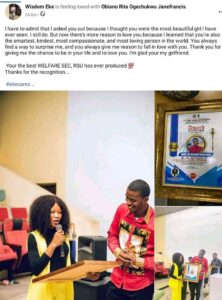 “I have to admit that I asked you out because I thought you were the most beautiful girl I have ever seen. I still do. But now there’s more reason to love you because I learned that you’re also the smartest, kindest, most compassionate, and most loving person in the world.

“You always find a way to surprise me, and you always give me reason to fall in love with you. Thank you for giving me the chance to be in your life and to love you. I’m glad your my girlfriend”