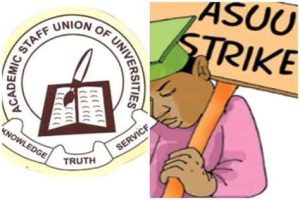 The group’s position is contained in a statement jointly issued by the Chairman and Secretary of the union, Michael Ugwuene and Paul Nwiyi, and made available to the News Agency of Nigeria (NAN) in Umuahia on Saturday.

The statement is entitled, “Failure of Government: Collective bargaining agreement is the way forward.” 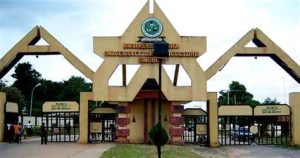 It stated that CONUASS awarded increases of 35 per cent and 25 per cent of current salaries to Professors at bar, and other ranks, respectively.

It argued that the review was prepared by the National Salaries, Income and Wages Commission and presented to the Prof. Nimi-Briggs-led FG/ASUU Renegotiation Committee, without inputs from ASUU.

“The crux of this matter is that the award is unilateral and a total breach of the provisions of all national and international legislations on which the Collective Bargaining Agreement is based,” the group stated. 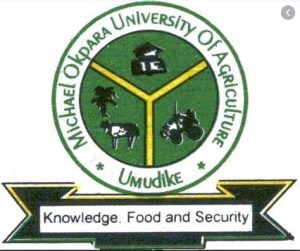 It stated that the renegotiation process ought to have inputs of both government and ASUU teams as required by Trade Dispute Act of 1976; ILO Conventions 49 of 1948, amongst others.

“A negotiated salary, needless to say, affords industrial harmony because the worker has made an input.

“A negotiated salary is a right, an awarded salary is potentially arbitrary and is just that: an award,” the statement added.

It further stated that none of the issues that precipitated the six-month old strike, including salary, had been squarely addressed.

“Not even the issues that have no financial implications, like a commitment to adopt UTAS and the release of the Visitation Panel White Paper to the respective universities,” it added.

The group frowned at the committee’s resolve to push the payment of the Earned Academic Allowances to the individual universities.

It further expressed concern that rather than apply for a supplementary budget for its N170 billion revitalisation pledge, the Federal Government decided to shift the fund to the 2023 budget.

The union, therefore, called on well-meaning Nigerians to appeal to the government to quickly resume and conclude the ongoing re-negotiation “to enable our students go back to campuses.” (NAN)