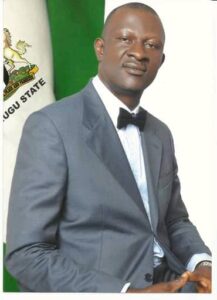 He was until his death the Enugu State Commissioner for Transport.

Enugu Metro learnt that the Commissioner was at the State House of Assembly to defend his Ministry’s 2021 budget when he fainted.

Eye witnesses said he was immediately rushed to the nearby Niger Foundation Hospital where doctors battled for over an hour to resuscitate him.

The witnesses said that, medically speaking, he was brought in dead, but doctors did all they could to salvage the situation, to no avail.

The cause of death has not been ascertained.

A medical expert said this will only be known if the family requests an autopsy.

“It’s highly unlikely that this will be done since Africans generally take certain types of deaths as the will of God,” he said.

The family has yet to announce the passage.

“The family will have a meeting after which they will issue a statement,” said a source.

He was subsequently elected into the Enugu State House of Assembly in 2015 and served for one term.

Hon. Ekweremadu is a recipient of the national honour, Officer of the Order of the Niger (OON).

He had been trying to cope with the sudden loss of his final year engineering undergraduate son two years ago.

Senator Ekweremadu, Enugu Metro learnt, heard the news at Dubai, where he is attending a meeting of International Parliament for Tolerance and Peace (IPTP).

Enugu State Government where he served as a Cabinet member, is also yet to issue a statement