She was burnt to death by jealous co-wife in Niger state seven weeks after her wedding.

A newlywed woman, Fatima, from Katsina state, was reportedly burnt to death by her husband’s first wife in Minna, Niger state. 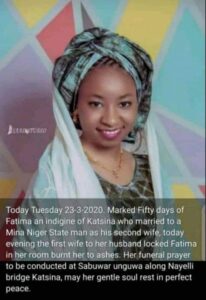 The incident happened on Tuesday, March 23, about seven weeks after the deceased got married to the Niger state indigene. 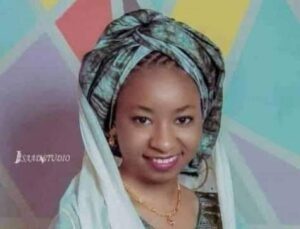 Although the two wives were said not to be living in the same house, the first wife went to Fatima’s house and beat her to a pulp.

Afterwards, she locked her up inside the room and set it on fire, burning the new bride to death.

Police is already investigating the matter.