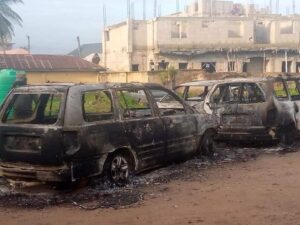 The Former Senator that represented Abia Central Senatorial District, in a release made available today in Abuja was bewildered by this nefarious and atrocious attack on humanity which according to her, it’s a clear indication of “Man’s act of wickedness”.

Senator Nwaogu view such despicable violent attack on the police force as wicked, barbaric and reprehensible.

Ugonwanyi ndi Igbo later commiserated with the families of the deceased police officers and the Police Community over the death of their officers. 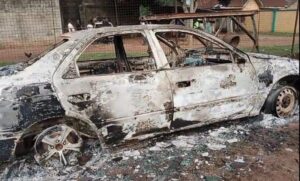 The former Lawmaker further beckoned on the relevant authorities and intelligent security apparatus to swing into action and expressed confidence on the relevant institutions and security to apprehend the perpetrators of this dastardly act for them to face the full wrath of the law.