Senator Andy Uba, the candidate of the All Progressives Congress (APC) in the 6 November 2021 governorship election in Anambra State has lost his bid to put his name back on the ballot. 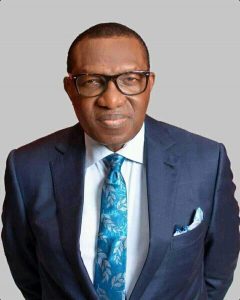 In a unanimous judgement delivered by Justice Danlami Zenchi, the Court of Appeal, Abuja on Wednesday upheld the judgment of the Federal High Court which set aside his candidacy.

The appellate court dismissed the appeals brought by Uba and the APC against the judgment of the trial court for lack of merit.

The court agreed with the submissions of the counsel to Moghalu, Chris Uche, dismissed the appeals, and affirmed the decision of Justice Inyang Ekwo of the Federal High Court delivered on December 20, last year.

Justice Inyang Ekwo, of the Abuja division of the Federal High Court, had in his judgment that was challenged at the Court of Appeal, held that Uba was never a candidate in the poll having emerged from an illegally conducted primary election by the APC.

Ekwo held that the plaintiff, George Moghalu, succeeded in proving that the APC did not conduct a valid primary election which Mr Uba claimed to have won as the party’s flag bearer in the November 6, 2021 election.

Consequently, he ordered the Independent National Electoral Commission (INEC) to delete Uba’s name from its record as a candidate in the election.

Justice Ekwo equally ordered the APC to refund to the plaintiff N22.5 million he paid for expression of interest and nomination forms since the party failed to conduct a valid primary.

Andy Uba had emerged as the candidate as the APC’s candidate at the primary election held on June 26, 2021.

Moghalu contended that the APC did not comply with the relevant provisions of the Electoral Act 2010 and the APC’s regulations and guidelines in the conduct of its governorship primary in Anambra State.