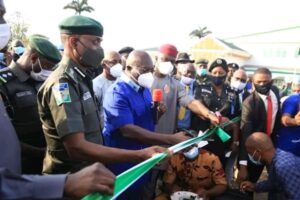 Speaking during the event at the Michael Okpara Auditorium, Umuahia, Adamu commended Abia Government for evolving the initiative.

He urged the officers of the newly inaugurated homeland security watch to be diligent and committed to its duty.

Adamu said: “Policing the community is the responsibility of everyone and with the inauguration of homeland security watch, you have a big role to play. 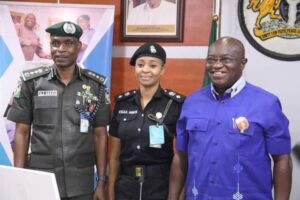 “You are expected to provide intelligence to law enforcement agencies. I urge you to collaborate with security agencies because you cannot operate in isolation.”

He said that officers of the homeland security watch would undergo regular training and be engaged in joint operations with security agencies for proper understanding of policing.

In his speech, Gov. Okezie Ikpeazu of Abia said that the state government was desirous to support the Police in reducing crime to the barest minimum in the nation.

Ikpeazu said that the state government had launched a Crime Prevention and Management System (CPAMS) as part of its efforts to tackle crime in the state.

He said that the security intervention was a digital platform for storing and management of crime data to facilitate the tracking of an offender’s criminal history.

He said that CPAMS that would be used to provide actionable information about criminal elements to the Police.

The governor said that this initiative would greatly promote community policing and encourage the culture of proactive policing in the Nigerian Police Force.

Ikpeazu called on the police to replicate the CPAMS initiative across the nation, adding that it would provide easy access to information that would enable the police to apprehend criminals.

The highlight of the event was the commissioning and facility tour of the newly constructed Zone 9 headquarters by the IG.